What does De Andre mean?

[ 3 syll. dea-(n)dre, de-and-re ] The baby boy name De Andre is pronounced Deh-ae-NDREY- †. De Andre is of English-American origin and it is used mainly in the English language.

De Andre is a variant form of the English Deandre.

Variant forms share both the origin and meaning of the name De Andre.

De Andre is not frequently used as a baby boy name. It is not ranked within the top 1000. Within the family of boy names directly linked to De Andre, Deandre was the most popular in 2018. 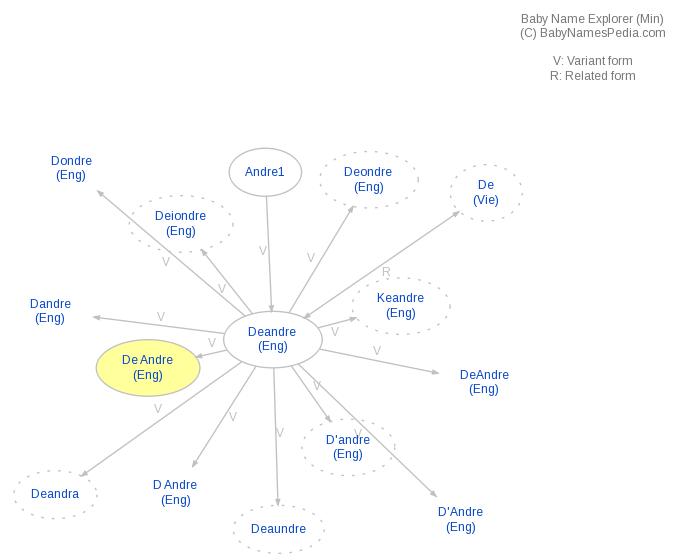