What does Deana mean?

[ 3 syll. dea-na, de-ana ] The baby girl name Deana is pronounced as Diy-AEN-aa- †. Deana's language of origin is Old English and Indoeuropean. It is predominantly used in English. From Old English roots, its meaning is 'dean; valley'. It is derived from dean ; decanus which means 'dean' ; denu 'valley'. The name was popularized by the actress Deanna Durbin (1921-), whose stage name was an anagram of her birth name Edna.

In addition, Deana is a form of Diana in the English language.

Deana is also a form of the English, French, and German Diane.

Deana is the feminine form of the English and German Dean.

Deana is an unusual baby girl name. Its usage peaked in 1970 with 0.075% of baby girls being named Deana. It was #231 in rank then. The baby name has fallen from favor since then, and is used only on a very modest scale today. In 2018, among the family of girl names directly related to Deana, Diana was the most commonly used. 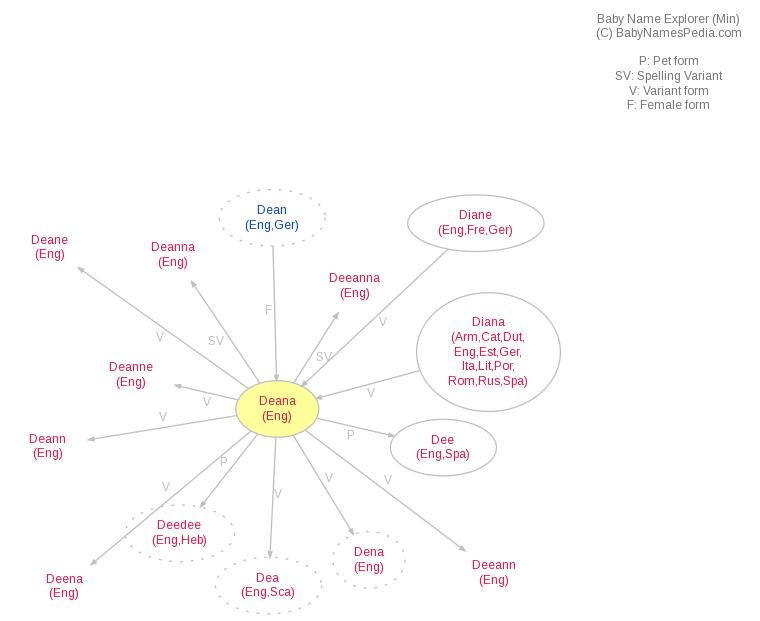