What does Deandre mean?

[ 3 syll. dea-(n)dre, de-and-re ] The baby boy name Deandre is sometimes used as a girl name. It is pronounced as Deh-ae-NDREY- †. Deandre is used chiefly in the English language and it is derived from English-American origins. The name is a recent coinage from the combination of the popular name prefix 'De-' and the name Andre.

Deandre is a variant of the name Andre (Dutch, English, French, German, and Portuguese) in the English language.

Deandre is fairly popular as a baby name for boys. The name's popularity jumped from the 1970s up to the 1990s; before that, it was of sporadic use only. Its usage peaked modestly in 1995 with 0.057% of baby boys being given the name Deandre. Its ranking then was #250. The baby name has since experienced a fall in popularity. In 2018, its usage was 0.018% and its ranking #697. Among the group of boy names directly linked to Deandre, Andre was the most widely used. In 2018, its use outnumbered Deandre's by 4 times. Deandre has in the past century been predominantly given to baby boys. 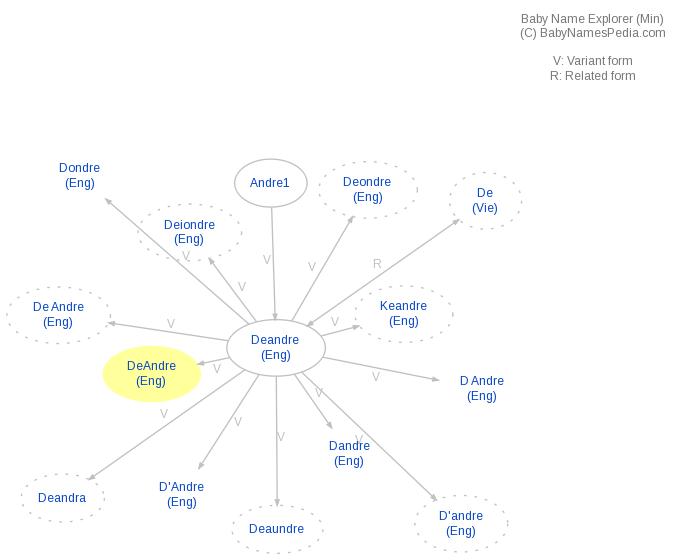