What does Deangelo mean?

[ 4 syll. dea-(n)ge-lo, de-ang-elo ] The baby boy name Deangelo is pronounced Deh-ae-NJHEH-Low †. Deangelo is of English origin and it is also predominantly used in the English language. The name is a recent coinage from the combination of the popular name prefix 'De-' and the name Angelo.

Variant forms share both the origin and meaning of Deangelo.

Deangelo is an all-time favorite. At present it is still a somewhat popular baby boy name, but to a lesser degree than it was previously. At the modest height of its usage in 1990, 0.022% of baby boys were given the name Deangelo. It had a ranking of #454 then. The baby name has seen a steep decline in popularity since then, and it is of only sporadic use in recent years. In 2018, it ranked at #983 with a usage of 0.011%. Within the family of boy names directly linked to Deangelo, Angelo was the most widely used. It was more regularly used than Deangelo by 5 times in 2018. 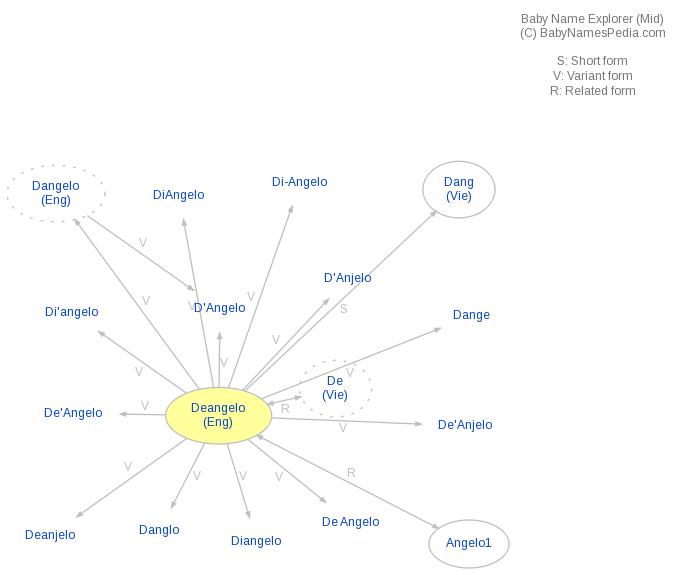