What does Debbie mean?

[ 2 syll. deb-bie, de-bb-ie ] The baby girl name Debbie is pronounced as DEHB-iy- †. Debbie is an English name of Hebrew origin. Debbie is a pet form of the name Deborah (English, French, German, and Hebrew).

Debbie is rare as a baby name for girls. At the peak of its usage in 1959, 0.940% of baby girls were given the name Debbie. Its ranking then was #20. The baby name has since suffered a marked fall in popularity, and is now of very light use. Out of the group of girl names directly linked to Debbie, Deborah was the most popular in 2018. 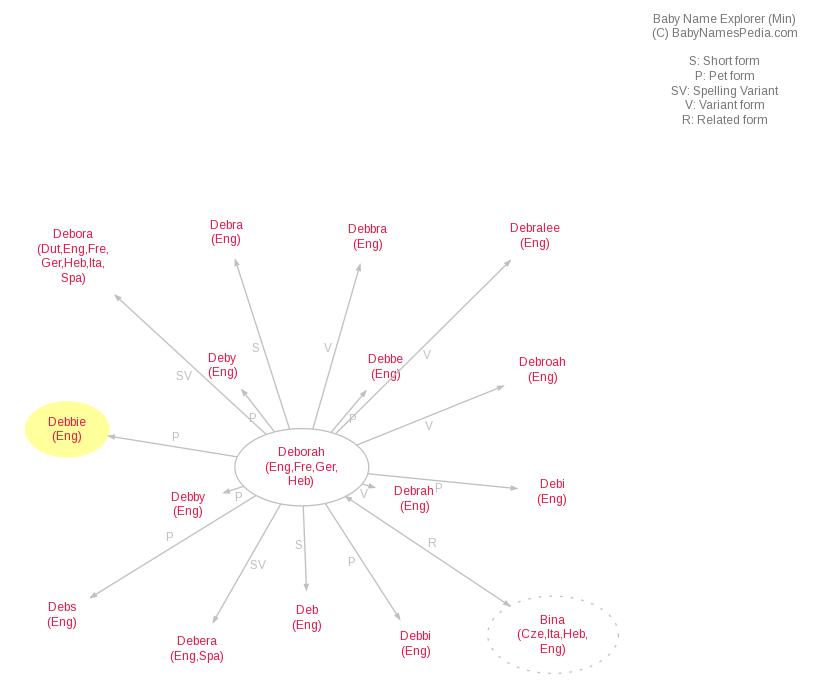