What does Deborah mean?

[ 3 syll. de-bo-rah, deb-or-ah ] The baby girl name Deborah is pronounced in English as DEHB-ah-Rah or DEHB-Rah †. Deborah is used chiefly in English, French, German, and Hebrew, and it is derived from Hebrew origins. A biblical name, it is derived literally from the word 'deborah' with the meaning bee. The name has often been associated with a hardworking and diligent nature, as symbolized by the bee. In the Bible, the name was borne by two persons - Rebecca's faithful nurse who was also the mother of Ananiel, and a woman prophetess who led the Israelites to defeat the Canaanites and wrote a victory song in the Book of Judges. As a result of the biblical mention and the positive connotations in its meaning, the name was adopted by English Puritans in the 17th century. Prior to that, this has mainly been a Jewish name.

Deborah is a classic favorite. At present it is still somewhat popular as a baby name for girls, though it was in more widespread use in the past. The name's popularity grew from the 1910s up to the 1950s. Its usage peaked in 1954 with 2.745% of baby girls being named Deborah. Its ranking then was #3. The baby name has since experienced a substantial fall in popularity. In 2018, its usage was only 0.019% and its ranking #779, but it was nevertheless the most frequently used among all girl names in its group. The name Deborah has predominantly been a baby girl name, though it has also been given to boys in the past century. In 1964, baby girls named Deborah outnumbered boys by 318 times. 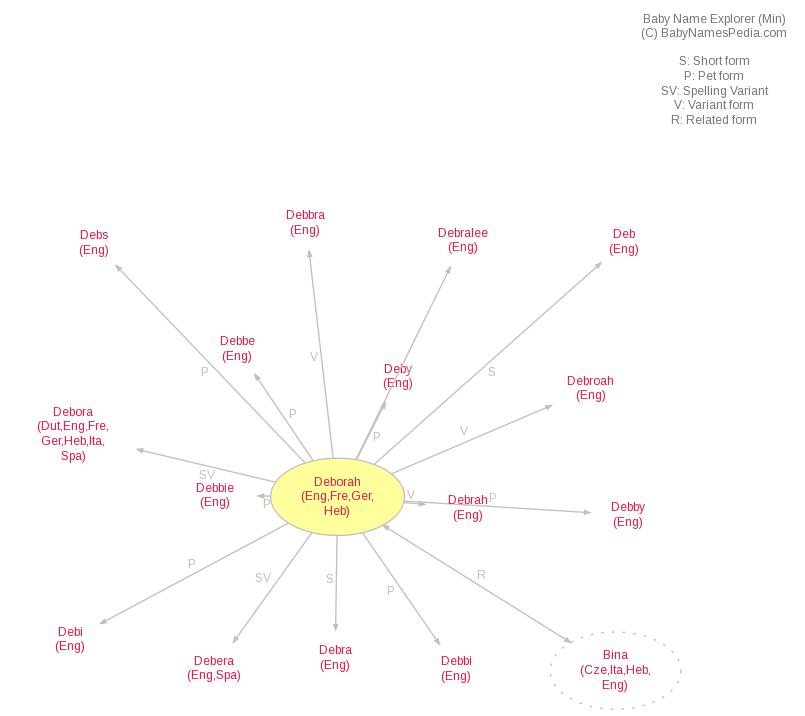