What does Deegan mean?

In addition, Deegan is a variant form of the Scandinavian Dag.

Deegan is an uncommon baby name for boys. At the modest height of its usage in 2011, 0.013% of baby boys were given the name Deegan. Its ranking then was #829. The baby name has since fallen from favor, and is of only irregular use today. Within all boy names in its group, Deegan was nonetheless the most widely used in 2018. 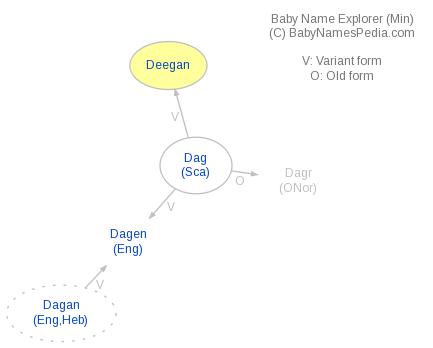