What does Deja mean?

[ 2 syll. de-ja, dej-a ] The baby girl name Deja is pronounced as DEY-Z-ah- †. Deja is used chiefly in the Spanish and English languages. Its origin is Old Greek and French. French origin, English use: The given name is derived from the French word 'déjà' which is commonly encountered as the English phrase 'deja vu'.

Variant forms share the origin and thus the meaning of Deja.

Deja is a rare baby girl name. At the peak of its usage in 1996, 0.086% of baby girls were given the name Deja. It was #182 in rank then. The baby name has steeply fallen in popularity since then, and is today of very modest use. Out of all girl names in its family, Deja was nonetheless the most commonly used in 2018. 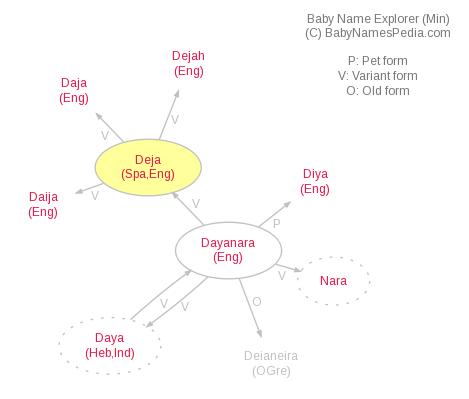