What does Dejah mean?

[ 2 syll. de-jah, dej-ah ] The baby girl name Dejah is pronounced as DEY-Z-ah- †. Dejah is used mostly in the English language and it is of French origin. Dejah is a derivative of the Spanish and English name Deja.

Dejah is an unusual baby name for girls. Its usage peaked in 1999 with 0.018% of baby girls being given the name Dejah. Its ranking then was #672. The baby name has since steeply fallen in popularity, and is currently used on a very modest scale. Among all girl names in its group, Dejah was nonetheless the most commonly used in 2018. 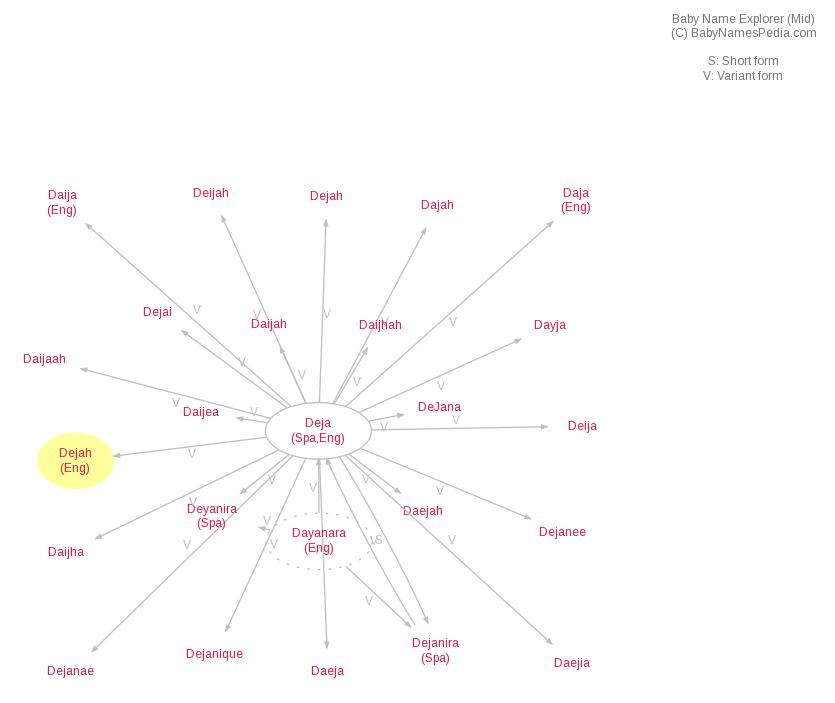