What does Delano mean?

Delano is of Irish Gaelic origin and it is predominantly used in the English language. The name means 'dark'. The name has sometimes been bestowed upon a child with a dark complexion.

Delano's origin is Old French. It is derived from the word 'de la nuit' meaning of the night. The name has sometimes been given to a child born during the night.

In addition, Delano is a variation of Delaney (English).

Delano is uncommon as a baby boy name. At the modest height of its usage in 1933, 0.031% of baby boys were given the name Delano. It was #302 in rank then. The baby name has dropped out of favor since then, and is today of infrequent use. Within all boy names in its family, Delano was nonetheless the most popular in 2018. 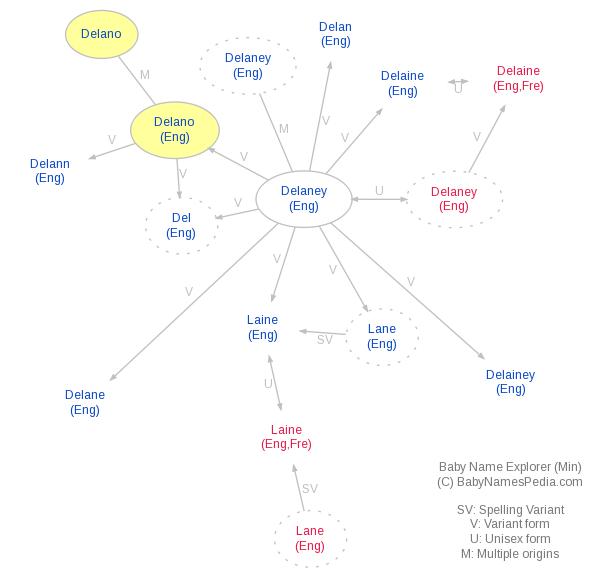