What does Delicia mean?

[ 4 syll. de-li-cia, del-ic-ia ] The baby girl name Delicia is pronounced as DehL-IHS-iy-aa- or Deh-LIH-SH-aa- †. Delicia is an English name of Latin and Welsh origin. From Latin roots, its meaning is delightful. An original form of Delicia is Delicius (Latin). The first name has been used since the 20th century.

In addition, Delicia is an English form of the English and Welsh name Dilys.

Delicia is a widely used name; it has 35 forms that are used in English and other languages. Forms of Delicia used in English include Del, Delesha, Delica, Delice, Delicea, Deliceah, Deliciae, Deliciah, Delight, Delisa, Delise (also used in Spanish), Delisia, Delisiah, Delissa, Delit, Delite, Deliz, Deliza, Delize, Delizia, Delya, Delycia, Delys, Delyse, Delysha, Delysia, and Delyssa. Other English forms include the diminutives Lecia, Licia (also used in Italian), and Lisha, and the variant spellings Delecia and Delisha. Foreign forms include the Spanish Dee, the Spanish Dela, and the Spanish Delia.

Delicia is not frequently used as a baby girl name. It is not ranked within the top 1000. 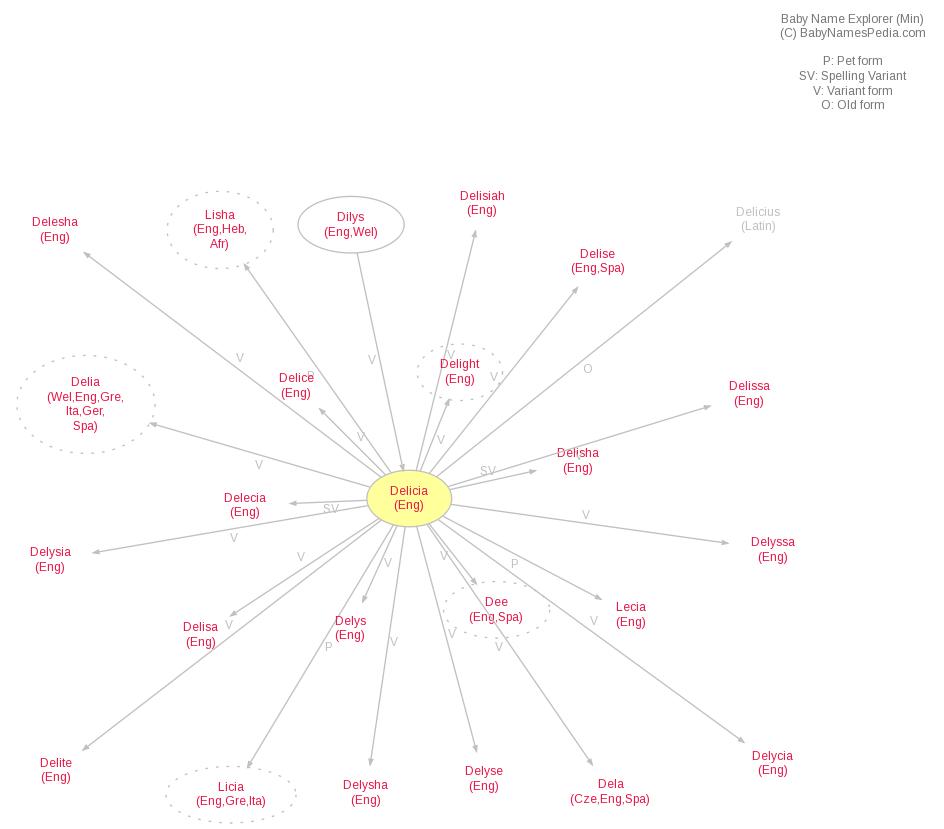