What does Delma mean?

[ 2 syll. del-ma, de-lma ] The baby girl name Delma is pronounced DEHL-Mah (English) †. Delma has its origins in the Germanic and Celtic languages, and it is used largely in English and Irish. From Germanic roots, its meaning is 'noble protector' - in this context, Delma can be used in the English language.

Delma is a shortening of Fidelma (Irish) in the English and Irish languages.

Delma is rare as a baby name for girls. At the modest peak of its usage in 1907, 0.019% of baby girls were named Delma. It ranked at #448 then. The baby name has since dropped out of favor, and is of only sporadic use today. Out of all girl names in its group, Delma was nevertheless the most commonly used in 2018. The name Delma has mostly been a baby girl name, although it has also been given to boys in the past century. In 1935, the name Delma was given to 4 times as many baby girls than boys. 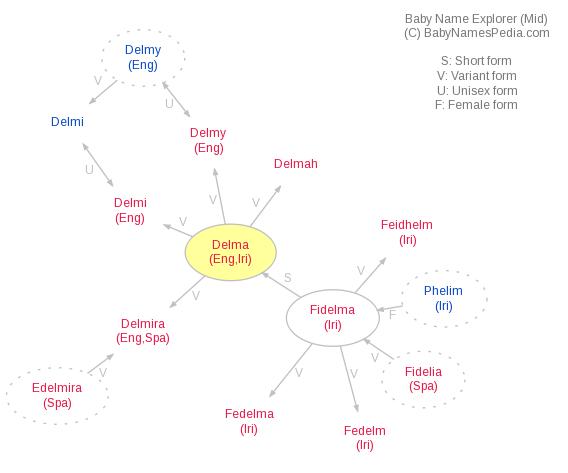