What does Delmar mean?

[ 2 syll. del-mar, de-lm-ar ] The baby boy name Delmar is pronounced DehLMAAR †. Delmar's language of origin is Spanish and it is predominantly used in English. The meaning of Delmar is 'of the sea'. It is from del which means 'of the' ; mar 'sea'. The first name is derived from the English surname, itself of the Spanish 'del mar' or the Old French cognate 'de la mare', both of which have been used in various place names and titles. The first name could also have originated as an altered form of Elmer. It has been popular among Afro-Americans since the mid-20th century.

Delmar is a rare baby boy name. At the peak of its usage in 1931, 0.033% of baby boys were named Delmar. It was #294 in rank then. The baby name has fallen from favor since then, and is used only on a very modest scale now. Out of all boy names in its family, Delmar was nevertheless the most popular in 2018. 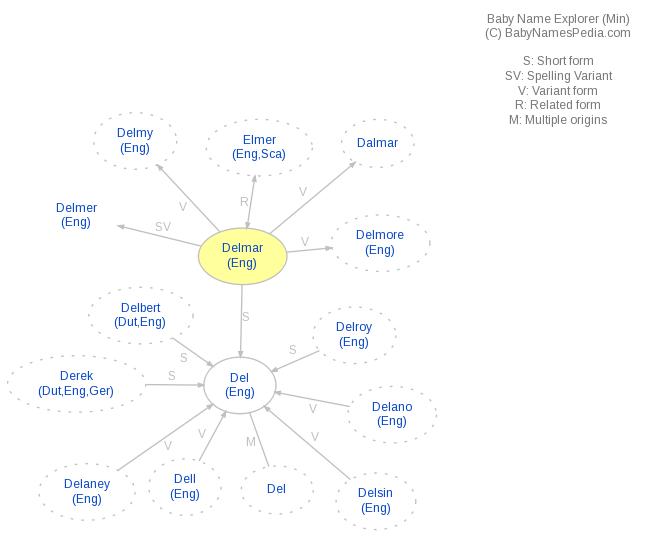