What does Delroy mean?

[ 2 syll. del-roy, de-lr-oy ] The baby boy name Delroy is pronounced as DEHLR-oy †. Delroy is of Old French and French origin, and it is used mainly in English. From Old French roots, its meaning is 'son of the king, servant of the king'. It is derived from del which means 'of the' ; roi 'king'. The name could also have evolved as an altered form of Leroy, or else been influenced by it. It has been popular among British West Indians since the mid-20th century.

Delroy is a variant of Leroy (English).

Delroy is seldom used as a baby name for boys. It is not listed within the top 1000 names. Among the group of boy names directly related to Delroy, Leroy was the most commonly used in 2018. 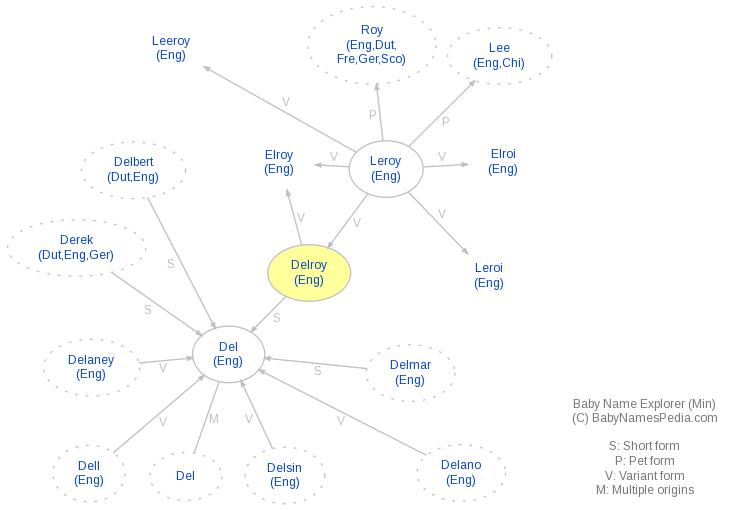