What does Demi mean?

[ 2 syll. de-mi, dem-i ] The baby girl name Demi is pronounced Deh-MIY- or DEHM-iy- †. Demi is of Old Greek and French origin. It is used mainly in English, French, and Greek. From French roots, its meaning is 'half'.

In addition, Demi is an English, French, and Greek shortening of the English and Italian Demetria.

Demi is rather popular as a baby girl name, and it is also perceived as trendy. The name has been increasing in popularity since the 2000s. At the modest height of its usage in 2018, 0.042% of baby girls were named Demi. It had a ranking of #395 then. Within all girl names in its family, Demi was the most frequently used in 2018. 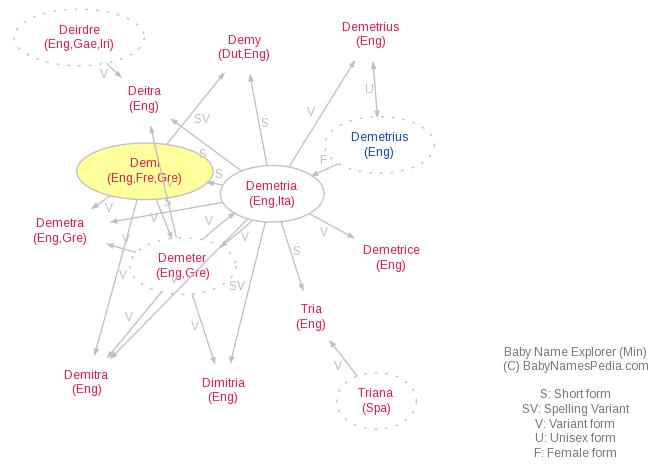