What does Demichael mean?

[ 3 syll. de-mic-hae(l), dem-icha-el ] The baby boy name Demichael is pronounced as DEHMihKehL †. Demichael has its origins in the English-American language. The name is derived from the combination of the prefix 'De-' and the name Michael.

Variant forms share the origin and meaning of the name Demichael.

Demichael is infrequently used as a baby name for boys. It is not ranked within the top 1000 names. In 2018, among the group of boy names directly linked to Demichael, Michael was the most popular. 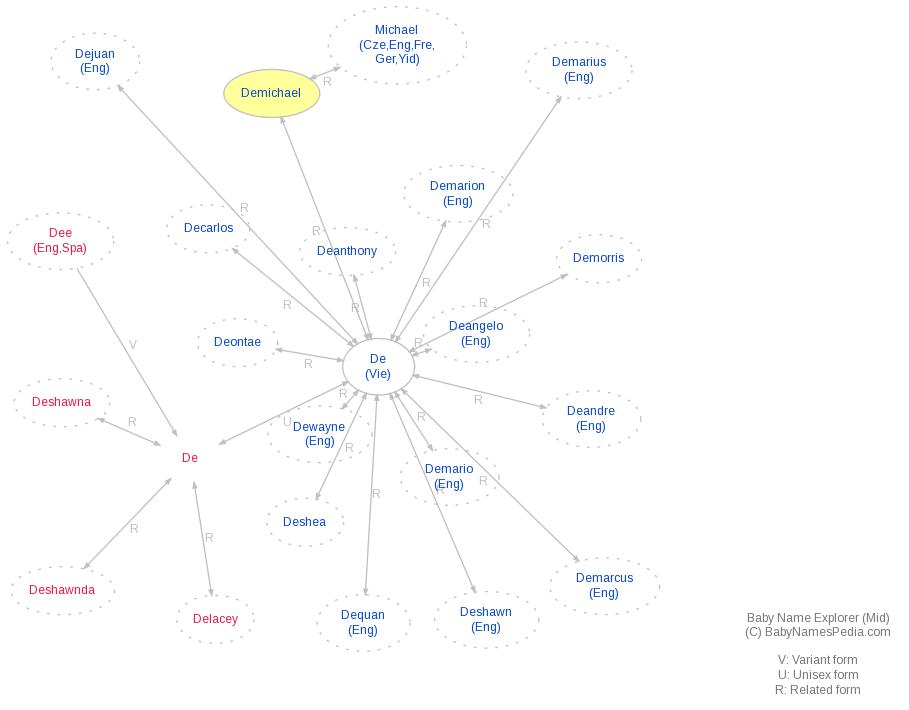