What does Denise mean?

[ 2 syll. de-ni-se, den-ise ] The baby girl name Denise is pronounced Dah-NIYS in English or Deh-NIYZ in French †. Denise has its origins in the Old Greek language. It is used largely in English, French, and German. The name Denise means 'follower of Dionysos'. The name was first adopted by English speakers in the early 20th century. Denise is the feminine form of the Dutch, English, French, and German Dennis.

Denise is uncommon as a baby girl name. At the height of its usage in 1964, 0.752% of baby girls were named Denise. It had a ranking of #25 then. The baby name has seen a substantial decline in popularity since then, and is used only on an infrequent scale today. Within all girl names in its family, Denise was nevertheless the most widely used in 2018. 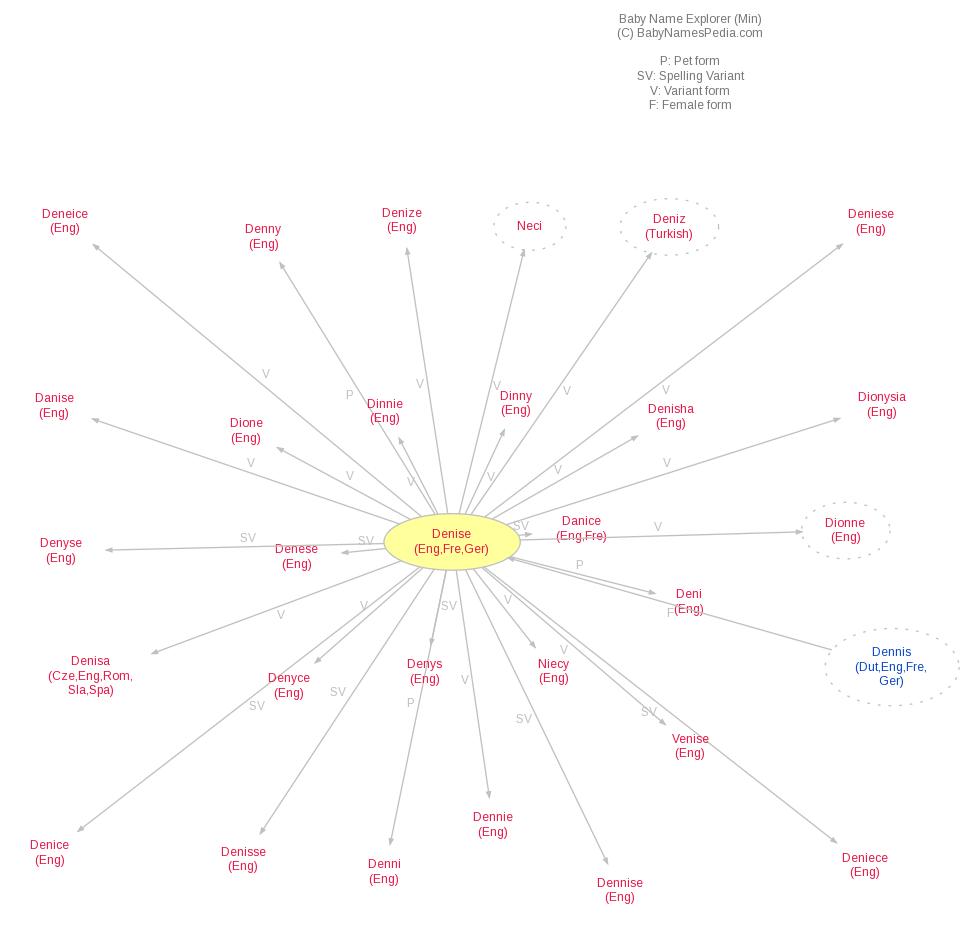