What does Deontae mean?

[ syll. deo-(n)tae, de-ont-ae ] The baby boy name Deontae is pronounced D-NT-iy †. Deontae's language of origin is English-American and English. The name is derived from the combination of the prefix 'De-' and the name Dontae.

Deontae is a variation of Deonte (English).

Both the origin and meaning of Deontae is inherited by all variant forms.

Deontae is an uncommon baby boy name. At the height of its usage in 1999, 0.009% of baby boys were given the name Deontae. It had a ranking of #856 then. The baby name has seen a drop in popularity since then, and is currently of only very modest use. Within all boy names in its family, Deontae was nonetheless the most widely used in 2018. 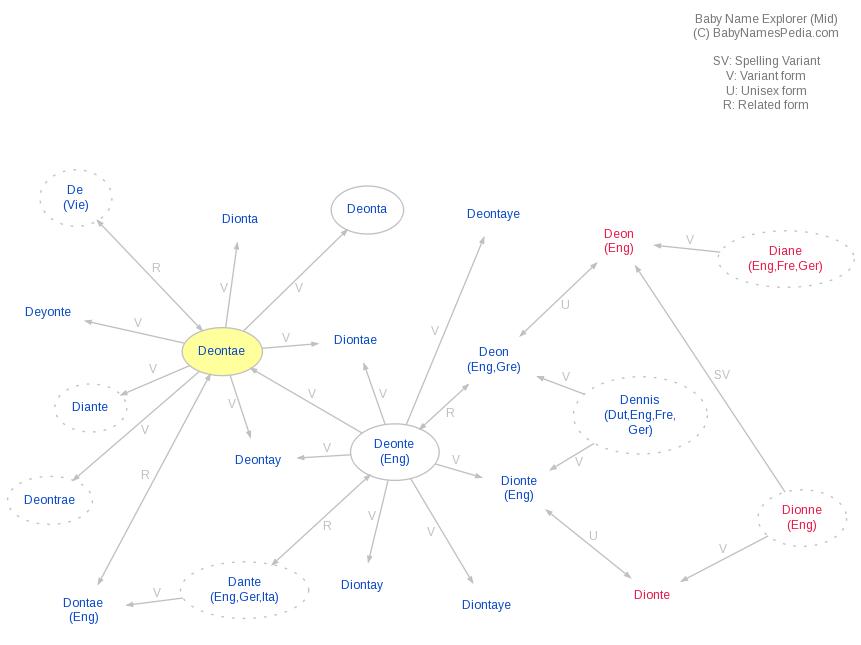