What does Desi mean?

[ 2 syll. de-si, des-i ] The baby boy name Desi is sometimes used as a girl name. It is pronounced as DEHZ-iy- †. Desi is used predominantly in the English, Latin, and Spanish languages, and it is derived from Latin and Celtic origins.

In addition, Desi is a contraction (Spanish) of the name Desiderio (Italian and Spanish).

Desi is also a contraction (Latin) of the name Desmond (English and Irish).

The name Dezi is a variant of Desi.

Desito (Spanish diminutive form) is another variant of Desi.

Desi is unusual as a baby name for boys. Its usage peaked in 1970 with 0.004% of baby boys being given the name Desi. It ranked at #989 then. The baby name has since experienced a fall in popularity, and is currently of very modest use. Among the group of boy names directly linked to Desi, Desmond was the most widely used in 2018. Desi has in the past century been mostly given to baby boys. 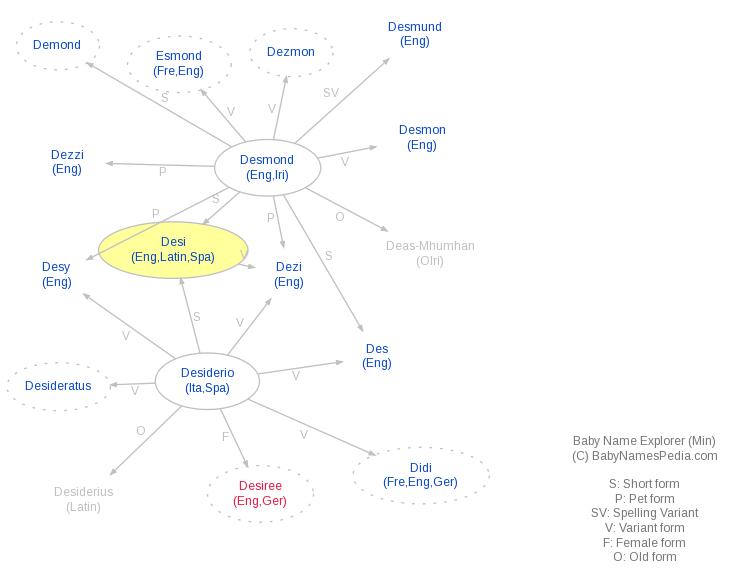