What does Desiderio mean?

[ 5 syll. de-si-de-rio, des-ider-io ] The baby boy name Desiderio is pronounced as Dey-Siy-DEH-R-iy-ow- †. Desiderio is largely used in the Italian and Spanish languages, and it is derived from Latin origins. A biblical name, it is derived from the element 'desiderium' meaning longing, desire. Desiderius (Latin) is an older form of Desiderio. The name was widely used by early Christians in expression of their longing for the Saviour. Various saints bore the name, including bishops of Auxerre, Cahors, Langres, and Vienne in the 7th century. The name Desiree (English and German) is the female equivalent of Desiderio.

Desiderio is rarely used as a baby name for boys. It is listed outside of the top 1000 names. 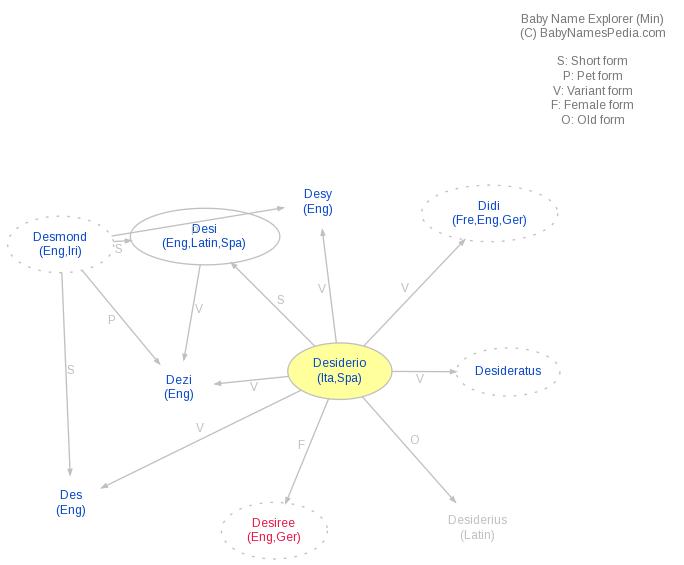