What does Desmond mean?

[ 2 syll. de-smon(d), des-mo-nd ] The baby boy name Desmond is pronounced as DEHZMahND †. Desmond has its origins in the Celtic language. It is used largely in English and Irish. The meaning of Desmond is 'from south Munster'. The first name is derived from the Gaelic surname Deas-Mhumhan (Old Irish), originally a local name for someone from one of ancient Ireland's five regions called south Munster. The present spelling of the name was influenced by the Norman name Esmond. The earls of Desmond were influential landowners in Munster, and their fame promoted the use of the first name. The first name spread in use from Ireland to England at the end of the 19th century.

Desmond is rather popular as a baby boy name. The name's popularity has been growing since the 1950s. Its usage peaked modestly in 2018 with 0.053% of baby boys being named Desmond. It was #323 in rank then. Among all boy names in its family, Desmond was the most widely used in 2018. 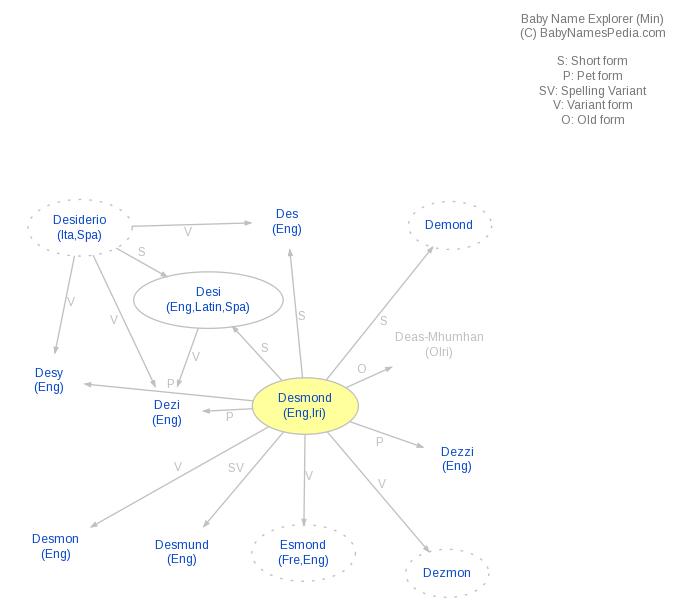