What does Devon mean?

[ 2 syll. de-von, dev-on ] The baby girl name Devon is also used as a boy name, and it is more often a boy name. It is pronounced DEHV-ahN †. Devon's language of origin is Celtic and it is predominantly used in English. It represents the transferred use of the geographic name as a given name. See Devon for more information.

Devon is a form (English) of the English and Irish Devin.

Devon is a rare baby girl name. At the modest peak of its usage in 1991, 0.059% of baby girls were named Devon. It was #233 in rank then. The baby name has steeply slipped in popularity since then, and is currently used only on a very light scale. Out of all girl names in its family, Devon was nevertheless the most commonly used in 2018. Though there were times from 1978 to 1982 when more girls than boys were given the name Devon, the name is today more frequently used for boys. In 2005, 8 times more boys than girls were given the name Devon. 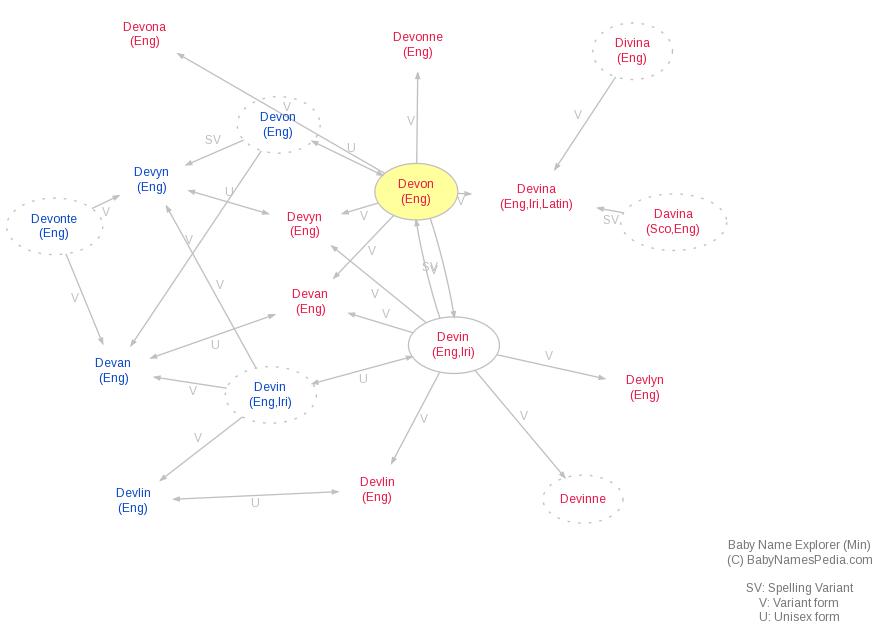