What does Diamond mean?

[ 2 syll. dia-mon(d), di-amo-nd ] The baby girl name Diamond is also used as a boy name, though it is far more popular for girls. It is pronounced as DAY-MahND †. Diamond is of English origin and it is also used mainly in English. It is derived from diamond ; adamas meaning 'indestructible metal' ; a 'un' ; damazein 'to defeat'. It represents the transferred use of the vocabulary word as a given name. See Diamond for more information.

Diamond is unusual as a baby girl name. Its usage peaked modestly in 1999 with 0.111% of baby girls being named Diamond. It had a ranking of #150 then. The baby name has markedly slipped in popularity since then, and is currently of only sporadic use. Among all girl names in its family, Diamond was nevertheless the most widely used in 2018. Diamond has in the last century been mainly given to baby girls. 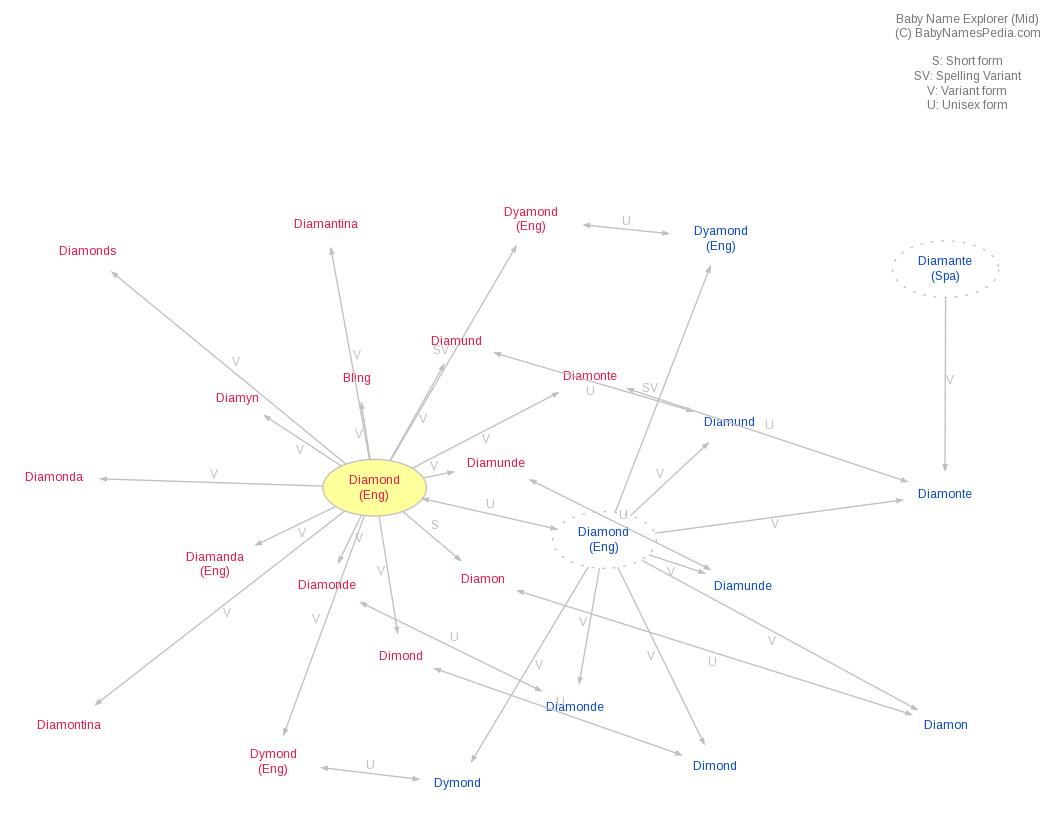