What does Dietmar mean?

[ 2 syll. die-tmar, di-etm-ar ] The baby boy name Dietmar is pronounced as DIY-TMaa-R †. Dietmar is used predominantly in Dutch and German. Its origin is Germanic. It is a two-element name derived from the words 'theud' and 'meri' with the meanings people, race and great, famous respectively. Theodemar (Latinized) and Theodmarus (Latinized) are original forms of the name. The 12th-century Saint Theodemar was a missionary to the Slavs living near or within Germanic settlement areas after the Migration Period. The name was also borne by the archbishop of Salzburg, Saint Theodmarus (-1102).

Dietmar has 17 variations that are used in English and other languages. English variations of Dietmar include Deitmar, Deitmarr, and Dietmarr.

Dietmar is not often used as a baby boy name. It is not listed within the top 1000. 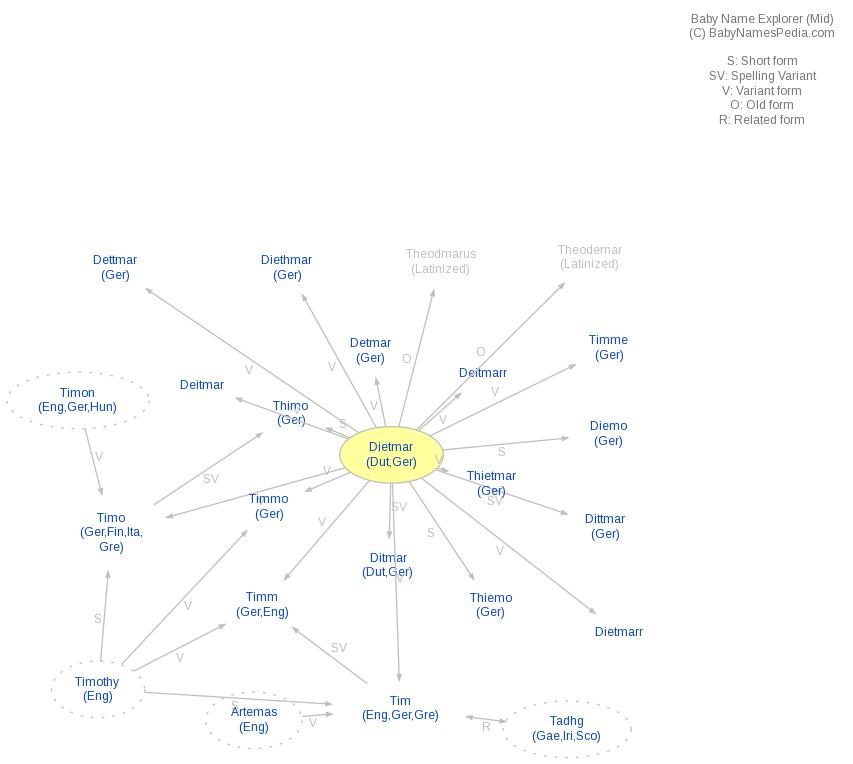