What does Dilys mean?

[ 2 syll. di-lys, dil-ys ] The baby girl name Dilys is pronounced as DIHL-ihS- †. Dilys is used chiefly in English and Welsh, and it is derived from Welsh origins. It is derived literally from the word 'dilys' with the meaning genuine, sincere, steadfast, true. The name appears to have been first used by William and Jane Davis for their daughter who was borne in 1857; their choice of name was supposedly inspired by the metrical version of the 23rd Psalm by the Welsh poet Edmwnd Prys. The name has since been adopted by the general English speaker.

Dilys is not popular as a baby name for girls. It is not listed within the top 1000 names. 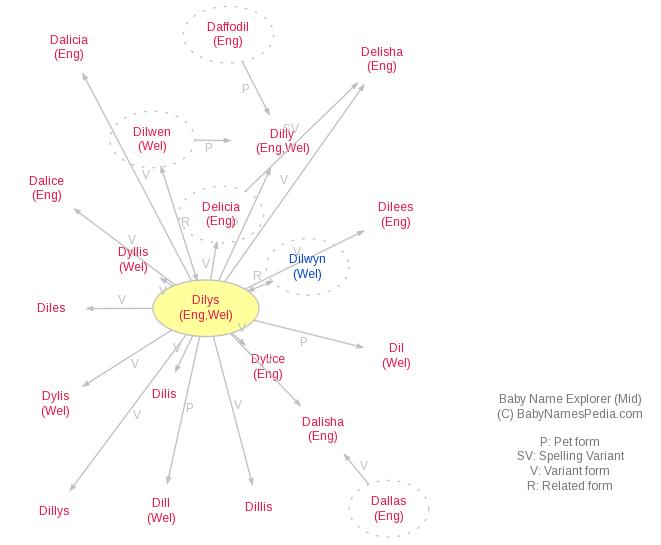