What does Dionne mean?

[ 2 syll. dion-ne, di-o-nne ] The baby girl name Dionne is pronounced as Diy-AAN †. Dionne is mainly used in English and it is of Old Greek origin. The name has been made famous by the singer Dionne Warwick (1941-).

Dionne is a variant form of the English, French, and German name Denise in the English language.

Variant forms share the origin and meaning of the name Dionne.

Dionne is an unusual baby name for girls. Its usage peaked modestly in 1970 with 0.046% of baby girls being named Dionne. Its ranking then was #321. The baby name has since experienced a steep decline in frequency, and is today used on a very light scale. Among all girl names in its group, Dionne was nevertheless the most popular in 2018. 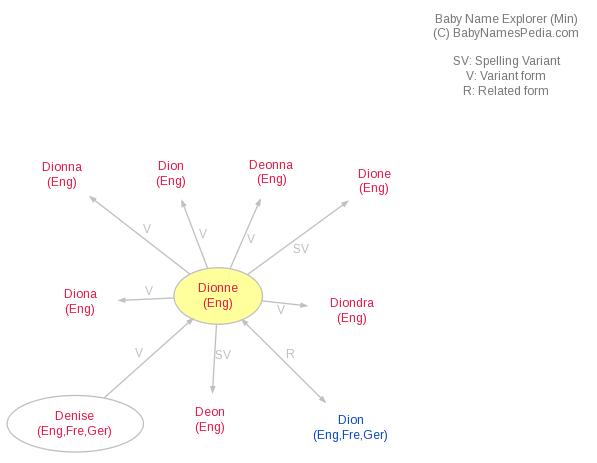