What does Dirk mean?

Dirk is also a Dutch, English, and German diminutive form of Diederik (Dutch).

Variant forms inherit the origin and thus the meaning of Dirk.

Dirk is rare as a baby name for boys. At the modest peak of its usage in 1954, 0.021% of baby boys were given the name Dirk. It ranked at #341 then. The baby name has since dropped out of favor, and is of only irregular use now. In 2018, out of the group of boy names directly linked to Dirk, Derek was the most popular. 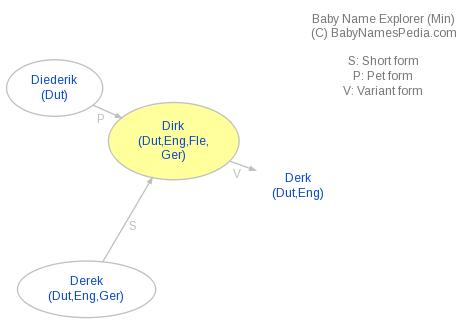