What does Dixie mean?

[ 2 syll. di-xie, dix-ie ] The baby girl name Dixie is also used as a boy name, though it is far more popular for girls. It is pronounced as DAYKSiy- †.

Dixie has its origins in the French language. It is used largely in English and French. The meaning of Dixie is 'American South; ten'. The first name could be derived from Dixie, the nickname of the American South as used by Daniel D. Emmett in his song Dixie (1859). The origin of this usage could be inspired by ten-dollar bills issued in French-influenced New Orleans which had the French word dix printed boldly on each side. Another possible source for the place nickname could be ultimately from one of the surveyors of the Mason-Dixon line which symbolizes a boundary between the American North and the American South. Alternatively, the first name could be of Old Norse origin.

Dixie's origin is Old Norse. It is derived from the word diss which is of the meaning 'sprite, goddess'. In Norse mythology, Dis was a talent-bestowing goddess.

In addition, Dixie is an English form of the English and German Benedicta.

Dixie is unusual as a baby girl name. Its usage peaked modestly in 1938 with 0.108% of baby girls being named Dixie. It had a ranking of #167 then. The baby name has fallen out of favor since then, and is of only irregular use today. Among all girl names in its family, Dixie was nevertheless the most widely used in 2018. 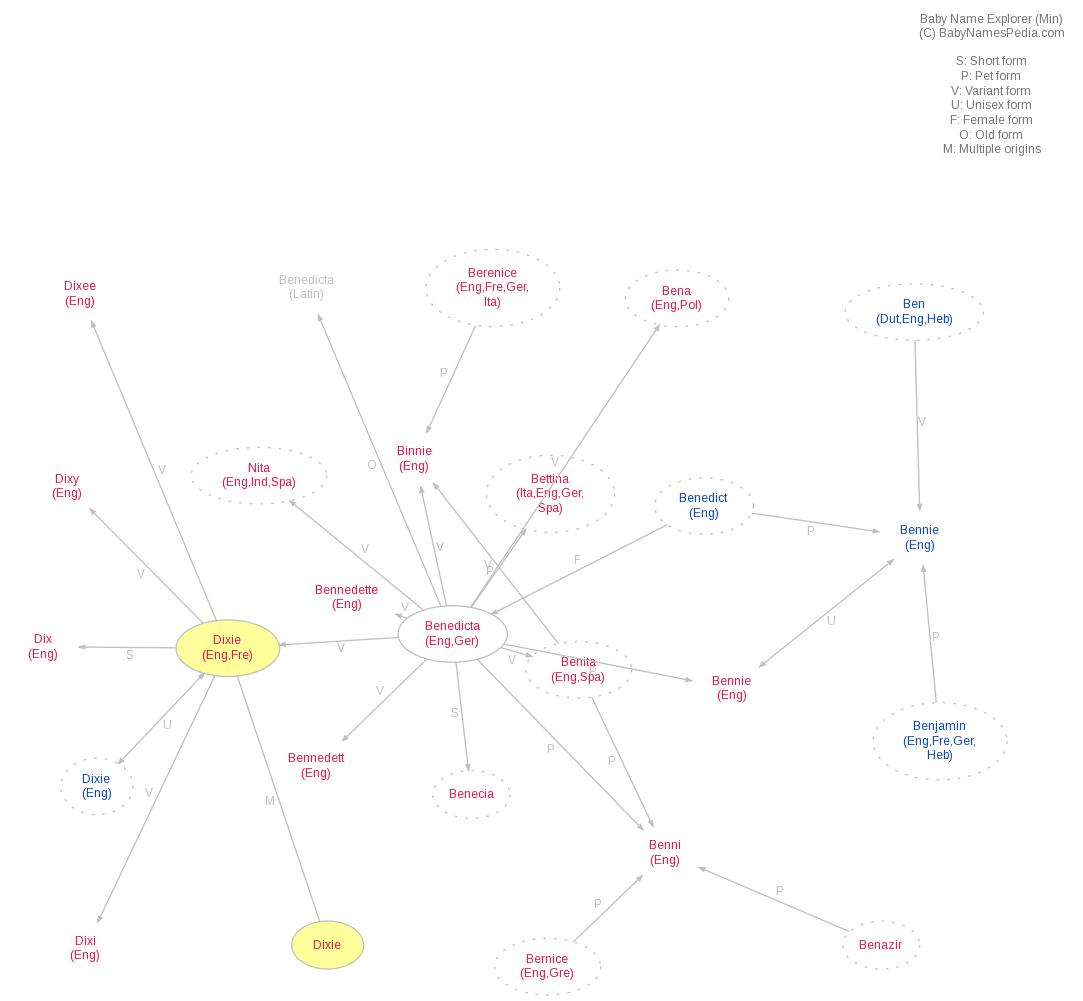