What does Dodge mean?

[ syll. dod-ge, do-dge ] The baby boy name Dodge is pronounced as D-JH †. Dodge is primarily used in the English language, and it is of English and Germanic origin.

In addition, Dodge is an English form of the English, French, and German name Roger.

The names Dodd, Dodger, Dodgson, Dods, and Doge are forms of Dodge.

Variant forms inherit the origin and meaning of the name Dodge.

Other variants of Dodge include the diminutive form Dodds and the contraction Dod.

Dodge is not regularly used as a baby name for boys. It is not ranked within the top 1000 names. In 2018, out of the group of boy names directly linked to Dodge, Roger was the most frequently used. 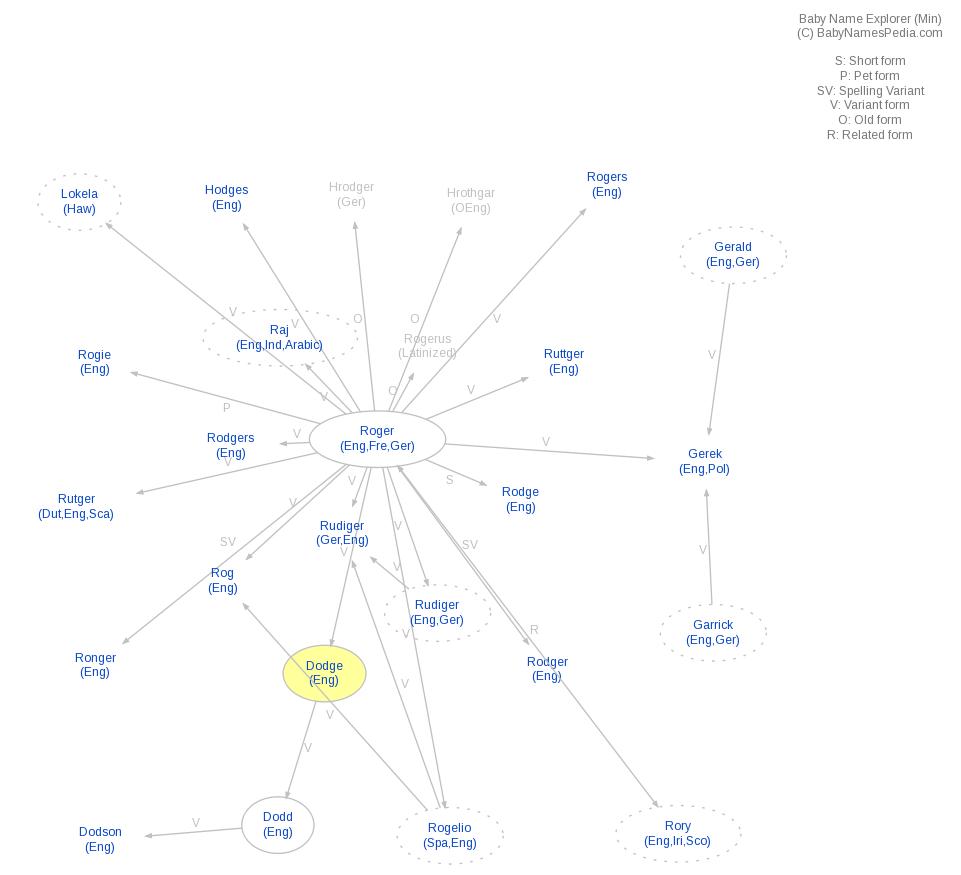