What does Dominika mean?

[ 4 syll. do-mi-ni-ka, dom-in-ika ] The baby girl name Dominika is pronounced in Polish as Dao-Miy-NIY-Kaa †. Dominika has its origins in the Latin language. It is used largely in Czech, German, Polish, Russian, and Slavic. The name Dominika means 'of the lord, belonging to God'. It is a biblical name derived from dominicus which means 'of the lord or master' ; dominus 'lord, master'. The name was borne by Saint Dominica, who was in the 4th century martyred under Diocletian for destroying pagan idols. Dominika is the feminine form of the English Dominic.

Dominika has 21 forms that are used in English and foreign languages. English forms of the name include Dom, Dominee, Domini, Dominic, Dominica (used in Spanish too), Dominick, Dominik (used in Czech, German, and Polish too), Dominique (used in French too), Dominque, and Domonique.

Dominika is uncommon as a baby girl name. It is not in the top 1000 names. 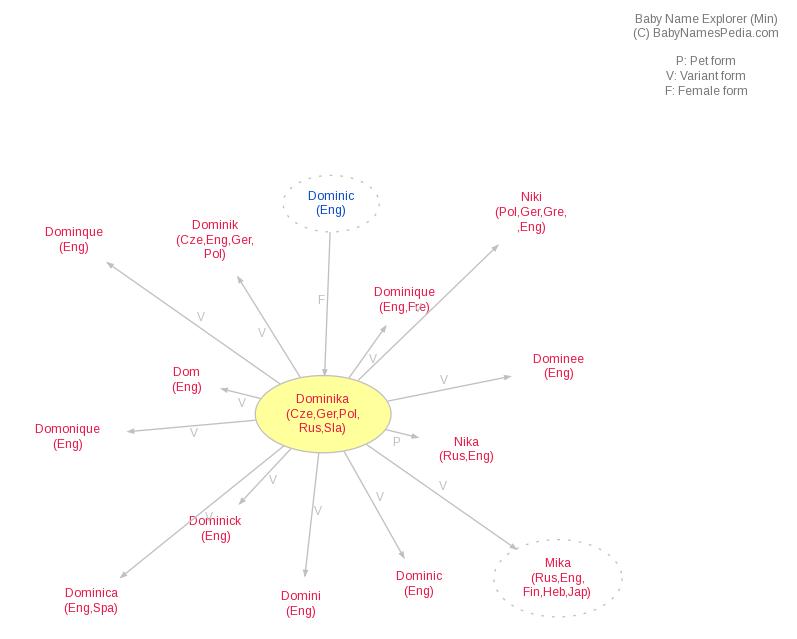