What does Donahue mean?

[ 3 syll. do-na-hue, don-ah-ue ] The baby boy name Donahue is pronounced as DAANAHHHYUW †. Donahue is used predominantly in the English language and its origin is Irish Gaelic. The meaning of the name is dark warrior.

Donahue is not regularly used as a baby boy name. It is listed outside of the top 1000. 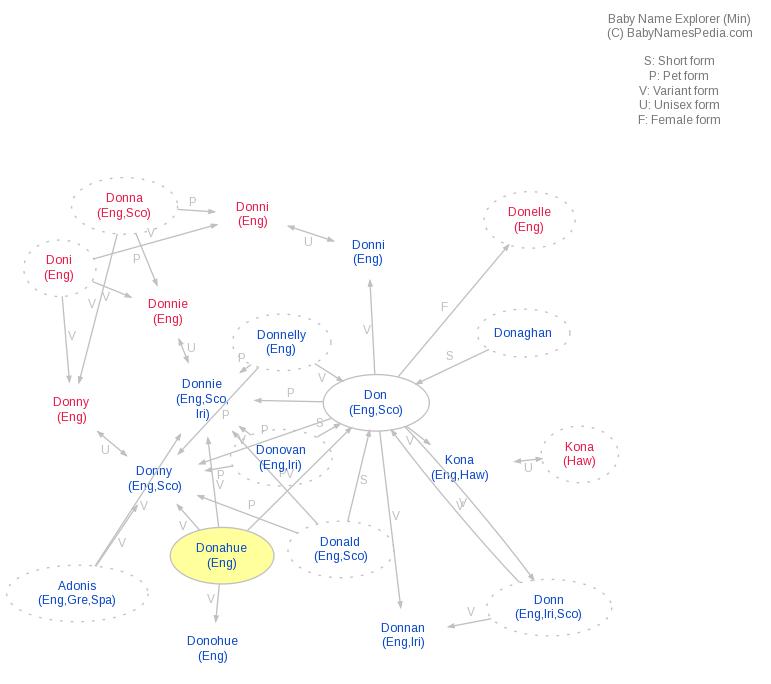