What does Donat mean?

[ 2 syll. do-nat, don-at ] The baby boy name Donat is pronounced in Polish as DAO-NaaT †. Donat is largely used in the Catalan, English, French, German, Hungarian, Polish, Provençal, and Russian languages, and its origin is Latin. The name's meaning is given, given by God. It is derived from the element 'donare' which means to give, to donate. Donatus (Latin) is an original form of Donat. The name has often been interpreted as meaning 'given by God'; it was thus popular with early Christians. It was borne by over twenty early saints, most notably the 4th-century Saint Donatus, a bishop of Arezzo in Tuscany who was martyred under Julian the Apostate together with Hilarinus the monk. The name is nevertheless best known from its diminutive, borne by the famous early Renaissance Italian sculptor Donatello (1386-1466). The name Donata (Italian) is the female equivalent of Donat.

Donatello (Italian diminutive form) is another variant of Donat.

Donat is not regularly used as a baby name for boys. It is not listed in the top 1000 names. 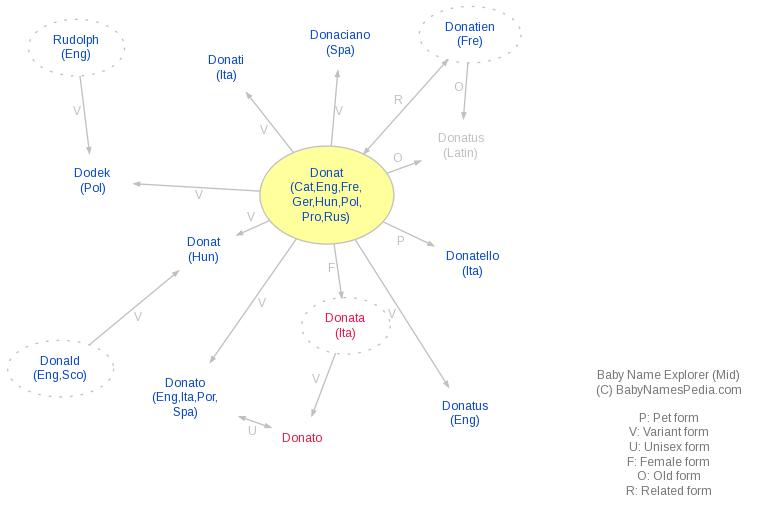