What does Donata mean?

[ 3 syll. do-na-ta, don-ata ] The baby girl name Donata is pronounced DuwNAA-Taa- †. Donata has its origins in the Latin and Italian languages. It is used largely in Italian. From Latin roots, its meaning is 'given, given by God'. It is derived from the word donare with the meaning 'to give, to donate'. An older form of the name is Dieudonnee (Old French).

In addition, Donata is a form of the English and Scottish Donna.

Another variant of the name is the Italian familiar form Donatella.

Donata is not often used as a baby girl name. It is not in the top 1000 names. 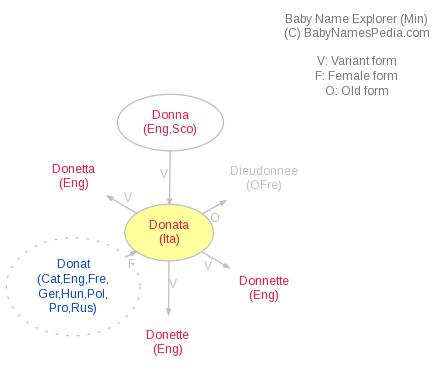