What does Donis mean?

[ 2 syll. do-nis, don-is ] The baby boy name Donis is pronounced as DOWNihS †. The origin of Donis is the Phoenician language.

In addition, Donis is a form of the English, Greek, and Spanish name Adonis.

The names Dones, Donnes, Donnis, and Donys are forms of Donis.

Variant forms inherit the origin and meaning of the name Donis.

Donis is an uncommon baby boy name. It is not in the top 1000 names. In 2018, out of the family of boy names directly related to Donis, Adonis was the most popular. 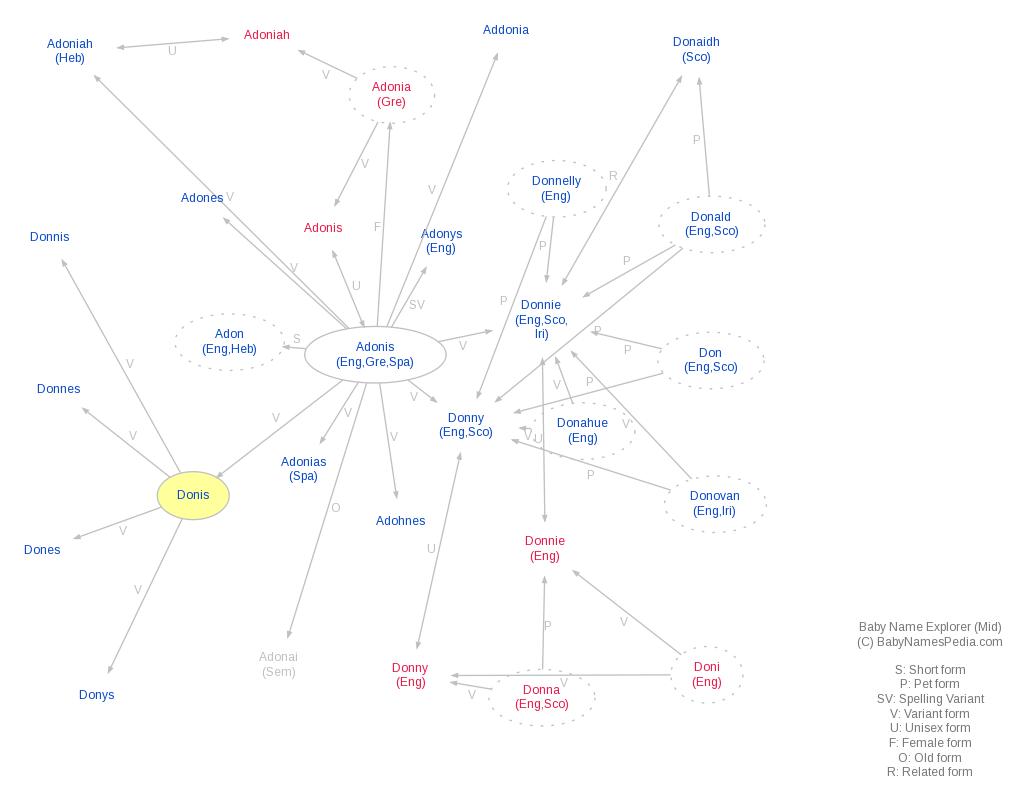