What does Donn mean?

[ 1 syll. don(n), do-nn ] The baby boy name Donn is pronounced as DAAN †. Donn has its origins in the Celtic language. It is used largely in the English, Irish, and Scottish languages. The name means 'brown; king'. In Irish mythology, Donn was the king of the underworld; thus the name has sometimes been taken to mean 'king'. In modern use, it can be considered the short form of various Gaelic names with the first element donn.

Donn is a variant of Don (English and Scottish) in the English language.

Donn is unusual as a baby boy name. Its usage peaked modestly in 1949 with 0.019% of baby boys being given the name Donn. It had a ranking of #365 then. The baby name has experienced a substantial drop in popularity since then, and is of only very light use today. In 2018, among the family of boy names directly linked to Donn, Donovan was the most frequently used. 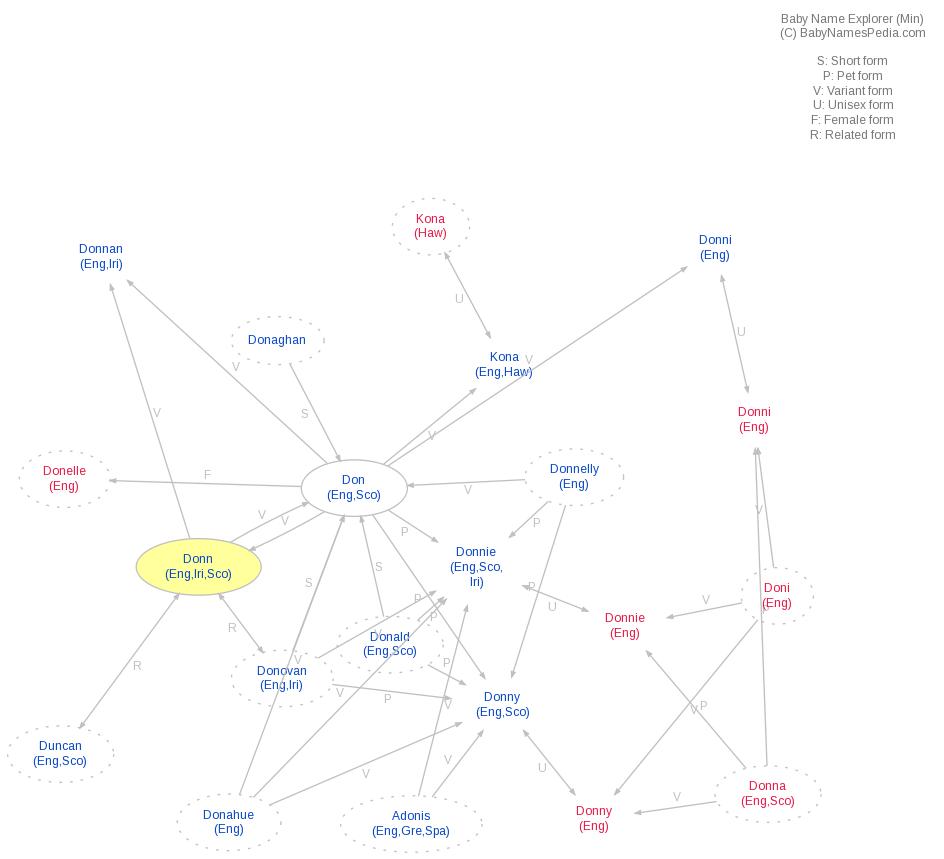