What does Donna mean?

[ 2 syll. don-na, do-nna ] The baby girl name Donna is pronounced as DAANNaa- †. Donna is used chiefly in the English and Scottish languages, and it is derived from Celtic and Italian origins. Italian origin, English use: The name was first used by English speakers in the early 20th century, starting from the USA. It could have been derived directly from the Italian 'donna', or else it could have been from the older name Madonna ('my lady'), which is also of the same word. Similarly, the recent 20th century variant Ladonna can be taken to mean 'the lady'.

Donna is a variant of the name Donalda (English and Scottish).

Donna is also a contraction of the name Madonna (English).

What are the Variant Forms of Donna?

Donna is a rare baby name for girls. At the peak of its usage in 1959, 1.754% of baby girls were given the name Donna. It ranked at #5 then. The baby name has since fallen from favor, and is today of infrequent use. Out of all girl names in its group, Donna was nonetheless the most regularly used in 2018. The name Donna has been mostly given to girls, though it has also been used as a boy name in the past century. In 1967, the name Donna was given to 287 times as many girls than boys. 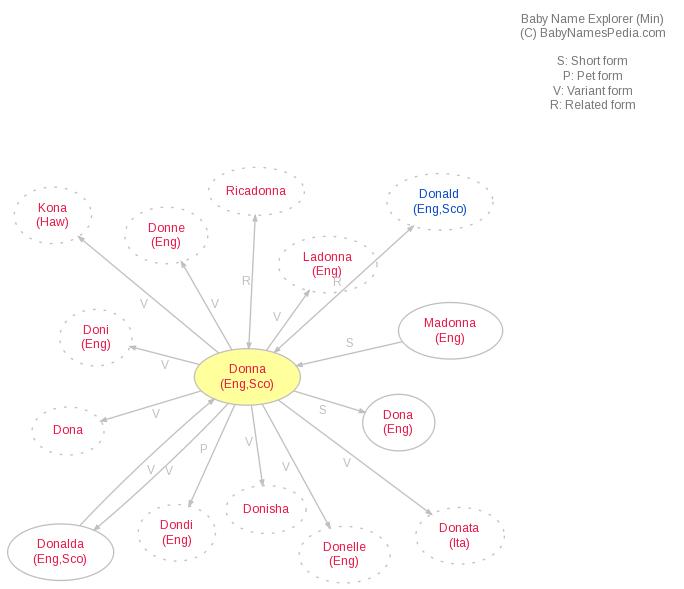