What does Donovan mean?

[ 3 syll. do-no-van, don-ov-an ] The baby boy name Donovan is pronounced DAAN-aa-VahN †. Donovan is of Celtic origin, and it is used mainly in English and Irish. Donovan's meaning is 'descendant of Donndubhán, descendant of the dark brown one'. The first name is derived from the Irish surname Ó Donnabhain meaning 'descendant of Donndubhán'; Donndubhán is a given name from the Gaelic donn and dubh (meaning 'dark, black') and it could have originally been bestowed on someone with dark brown hair, eyes, or complexion. The name Donovan was first adopted by English speakers in the early 20th century. In modern times, it has largely lost its Irish associations, and the fame of the Scottish-born pop singer Donovan (1946-) has boosted its adoption since the 1960s.

Donovan is a widely used name; it has 25 variations that are used in English and foreign languages. English variations include Donavan, Donaven, Donavin, Donavon, Donavyn, Donevan, Doneven, Donevin, Donevon, Donevyn, Donivan, Donnie, Donnivin, Donnovan, Donovin, Donovon, Donovyn, Donvan, Dony, Dunavan, and Van. Other English forms include the shortening Don, the diminutive form Donny, and the spelling variant Donoven. Donnduban (Irish) is a variation of Donovan that is used in foreign languages. 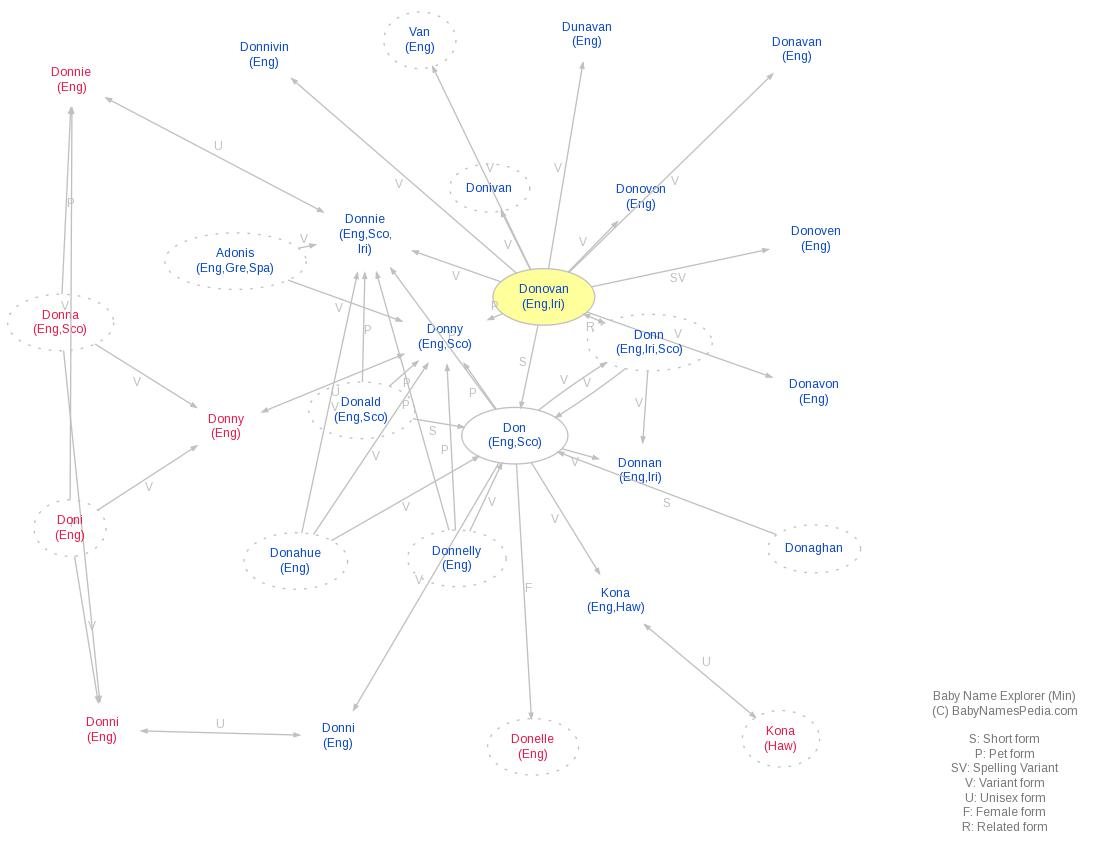