What does Dora mean?

[ 2 syll. do-ra, dor-a ] The baby girl name Dora is pronounced as DOWR-ah (English) †. Dora is mainly used in the English, French, German, Italian, Spanish, and Czech languages. Its language of origin is Old Greek. The name developed in the 19th century from Dorothy, Isidora, Theodora, and other names containing the Old Greek 'doron'. In certain cases, it was used as a Latinate name derived directly from the Greek element. It has been made known by the fictional Dora Spenlow in the Charles Dickens novel David Copperfield (1850).

Dora is a short form of the English name Dorothy in the Czech, English, French, German, Italian, and Spanish languages.

Variant forms share the origin and thus the meaning of the name Dora.

See also the related forms, the name Dorabella and the Romanian, German, Hungarian, and Italian Dorina.

Dora is rare as a baby girl name. At the modest peak of its usage in 1901, 0.302% of baby girls were given the name Dora. It was #79 in rank then. The baby name has markedly fallen in popularity since then, and is today of sporadic use. Out of the family of girl names directly linked to Dora, Dorothy was the most commonly used in 2018. 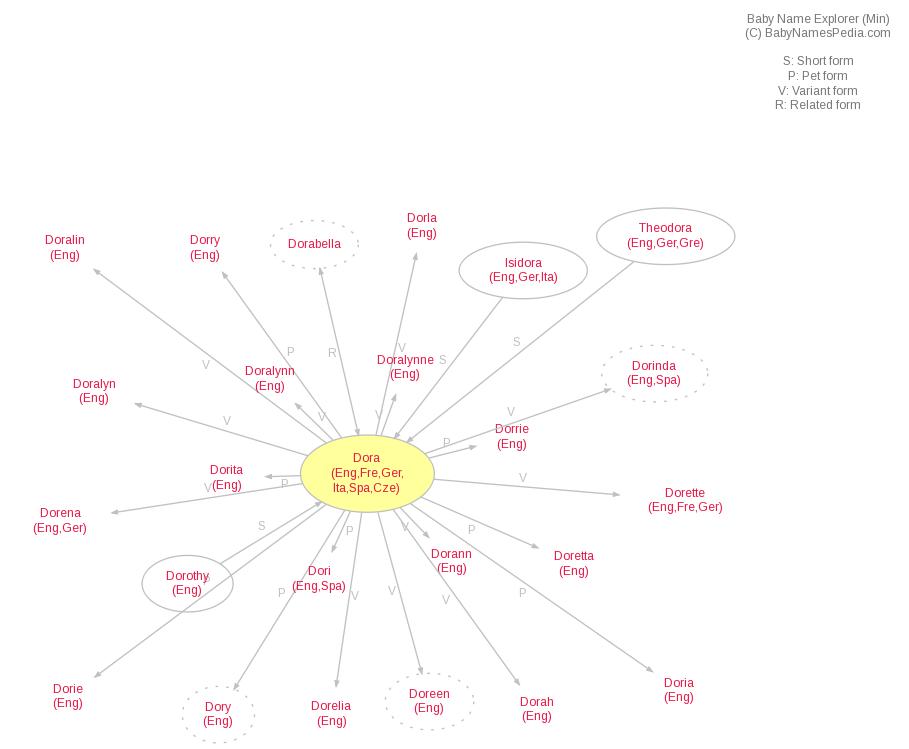