What does Dorean mean?

[ syll. do-rea(n), dor-e-an ] The baby girl name Dorean has its origins in the Celtic, English, and Old Greek languages. It is used largely in Irish. From Celtic roots, its meaning is 'daughter of Finn'. Dorean is Anglicized from the Gaelic Doireann, which is from the elements der and the name of the legendary Irish hero Finn. It saw a revival among the Irish in the 20th century, due to its similarity in sound to the popular English name Doreen.

Dorean is a variant of Doreen (English).

Dorean is also a variant of Dorian (English).

A variant of Dorean is Doireann (Irish).

Dorean is not commonly used as a baby girl name. It is not listed within the top 1000. 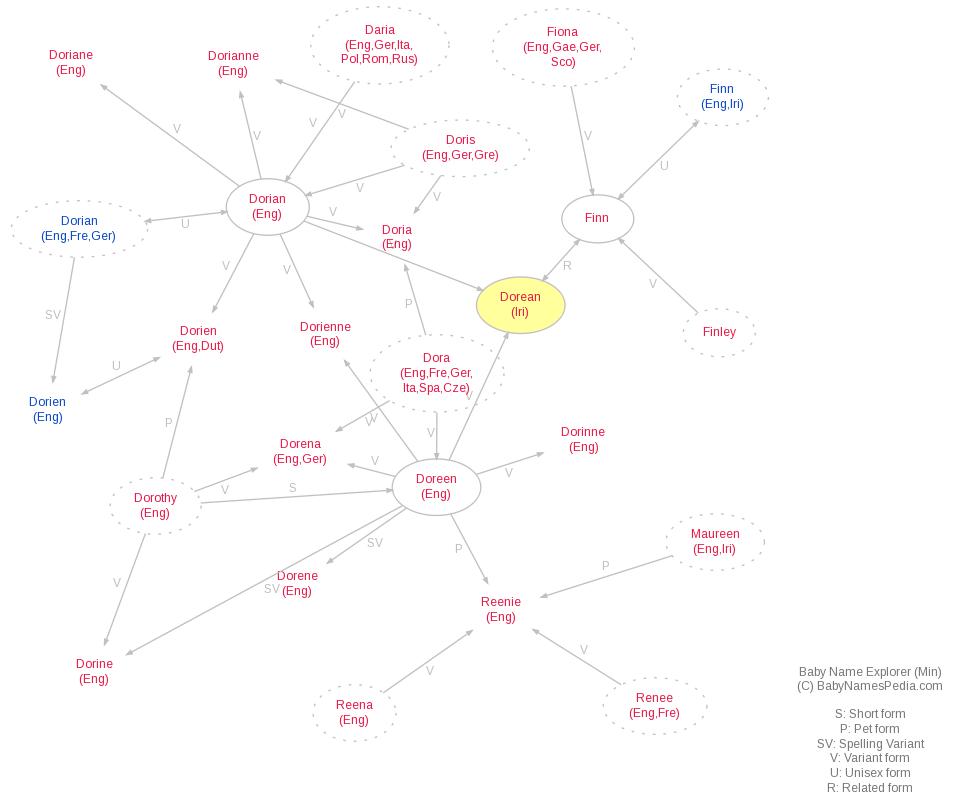