What does Dorian mean?

[ 3 syll. do-rian, dor-i-an ] The baby girl name Dorian is also used as a boy name, with the latter form being far more popular. It is pronounced DOWR-iy-ahN (English) †. Dorian's language of origin is Old Persian and Old Greek. It is predominantly used in English. From Old Greek roots, its meaning is 'of the Dorian tribe; gift'. An invented name. See Dorian for more information.

In addition, Dorian is a form of the English, German, Italian, Polish, Romanian, and Russian Daria.

Dorian is also a form of the English, German, and Greek Doris.

Dorian has 13 forms that are used in English and foreign languages. English forms of the name include Dore, Dorean, Doria, Doriana, Doriane, Dorianna, Dorianne, Dorien, Dorienne, Dorrian, Dorrien, and Dorryen. The Romanian Dorina is a form of Dorian that is used in foreign languages.

Dorian is not commonly used as a baby girl name. It is not in the top 1000 names. In the last century Dorian has mainly been a boy name. 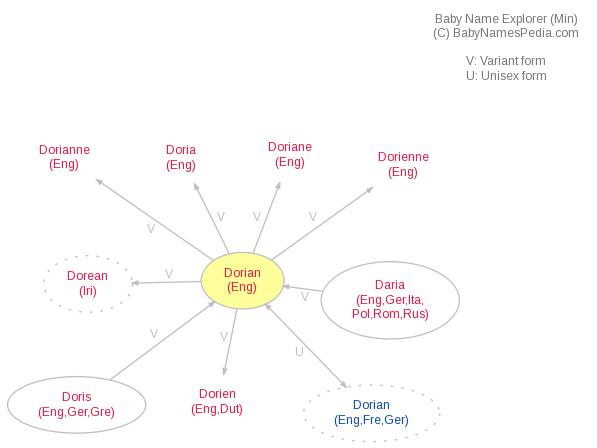