What does Dougal mean?

[ 1 syll. dou-gal, do-ug-al ] The baby boy name Dougal is pronounced DUW-GL †. Dougal is of Celtic and Scottish Gaelic origin. It is used mainly in English, Irish, and Scottish. From Celtic roots, its meaning is 'dark stranger'. It is derived from dubh meaning 'dark, black' ; gall 'stranger'. Dubhghall (Celtic) and Dùghall (Celtic) are original forms of the name. This was a byname first given to the dark-haired Danish Vikings who invaded and settled in Ireland, much like how Fingal developed from a name for the fair-haired Norwegians and Icelanders. The Scottish also adopted the name, and it later spread to the general English speaker around the start of the 20th century. The form Dugald represents the attempts by early English speakers to pronounce the devoiced ending of the Gaelic name with a consonant.

In addition, Dougal is a variant of Macdougal (English).

Dougal is not commonly used as a baby boy name. It is not listed within the top 1000. 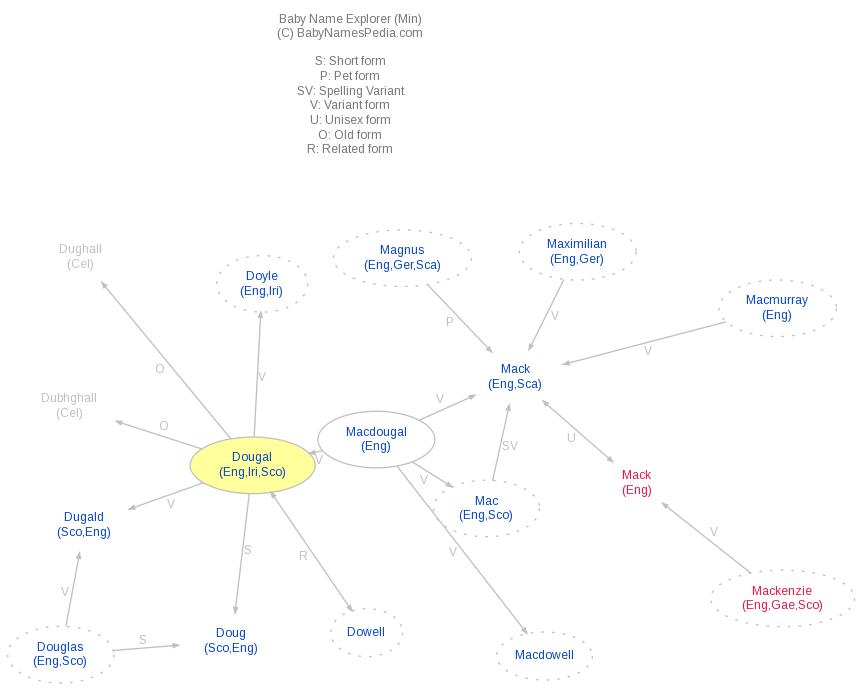