What does Drake mean?

Drake has its origins in the Old English language and it is used largely in English. It is derived from the element draco which is of the meaning 'dragon'. The first name is dervied from Draca (Old English) and its cognate Draki (Old Norse), which were bynames that gave rise to the surname Drake and subsequently the first name Drake.

What are the Variant Forms of Drake?

Drake's origin is English. Its meaning is derived from the word 'drake'. The name is sometimes taken as a derivative from the common English word for a male duck. 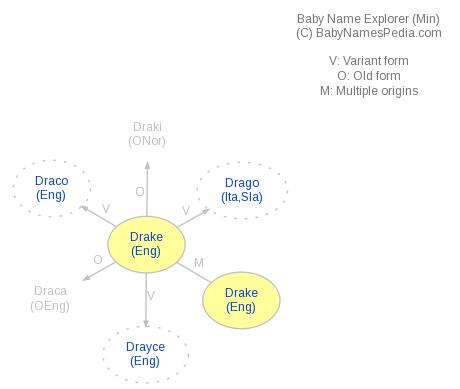