What does Drew mean?

[ 1 syll. drew, dr-ew ] The baby girl name Drew is also used as a boy name, and more frequently so. It is pronounced as DRuw- †. Drew is of English and Latin origin. It is used mainly in English. In Scotland this has often been used as an independent name. In recent years, the popularity of the name has been boosted among English speakers by the actress Drew Barrymore (1975-); in her case, her first name was taken from the maiden surname of the famous Drew family into which the Barrymores married.

In addition, Drew is a shortening of the English Drusilla.

Drew is unusual as a baby girl name. Its usage peaked in 1999 with 0.020% of baby girls being named Drew. It had a ranking of #614 then. The baby name has experienced a marked drop in frequency since then, and is used only on a very modest scale today. Among all girl names in its family, Drew was nevertheless the most frequently used in 2018. Drew has in the last century been mainly given to boys. There were 7 times more boys than girls who were named Drew in 2005. 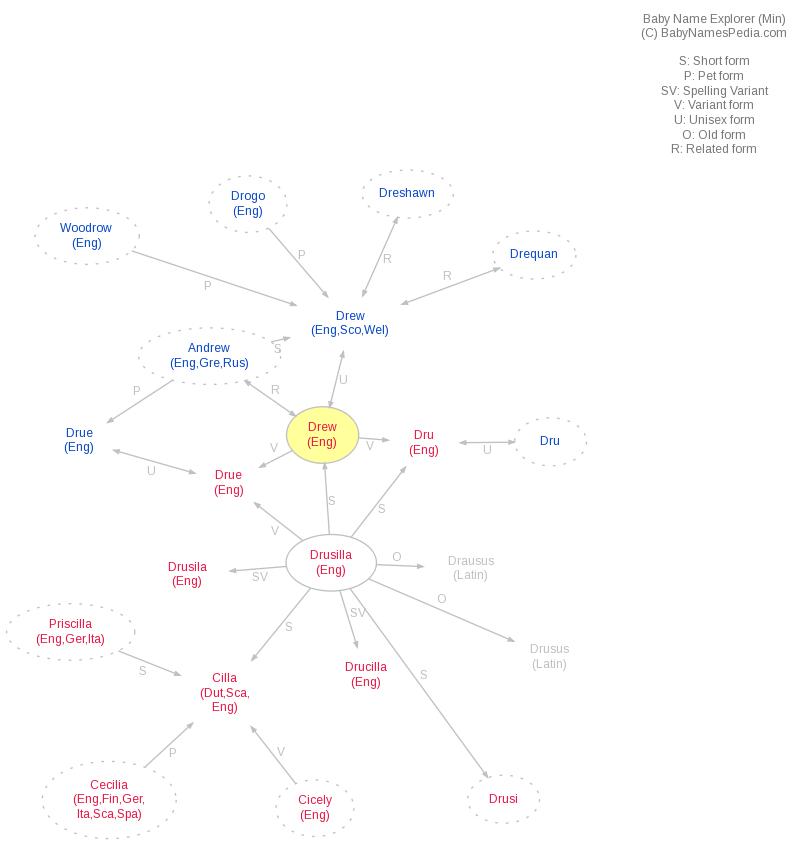