What does Driscoll mean?

[ 2 syll. dris-col(l), dr-isco-ll ] The baby boy name Driscoll is pronounced DRihZKAHL- †. Driscoll has its origins in the Irish Gaelic language, and it is used largely in English and Irish. Driscoll's meaning is 'descendant of the interpreter or messenger; from the thicket of briars or wild roses'. The first name is derived from the Irish surname, which could be of multiple origins. It could be Anglicized from 'Ó Eidirsceóil' meaning 'descendant of the interpreter or messenger', which is from eidirsceól (meaning 'interpreter; messenger') and ultimately the elements eidir and scéal ('news, story'), or it could be from a nickname derived from the Gaelic dreas coill, in reference to someone who lived in a place so described.

Driscoll is seldom used as a baby name for boys. It is not listed within the top 1000 names. 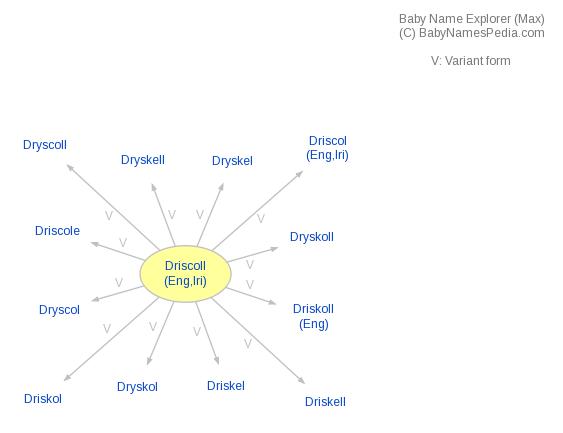