What does Duff mean?

[ 1 syll. duf(f), du-ff ] The baby boy name Duff is pronounced DahF- †. Duff has its origins in the Celtic language and it is used largely in Scottish. The first name is derived from the surname, which is itself from the nickname for a person with dark features. It can also be used as a short form of various Gaelic names containing the element dubh (meaning 'dark, black').

In addition, Duff is a shortening of Duffy (English).

Duff is seldom used as a baby name for boys. It is not listed within the top 1000 names. 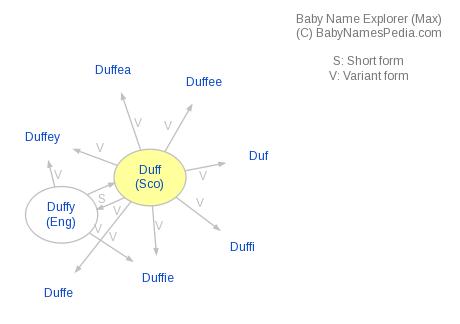