What does Duke mean?

[ 2 syll. du-ke, duk-e ] The baby boy name Duke is pronounced Diyuh-K or Duh-K †. Duke has its origins in the English, English Gypsy, and Celtic languages. It is used largely in English and Irish. English origin, English use: It is from duke ; dux which means 'leader'. The first name is derived from the noble title, which is itself of the Latin dux. The name was first taken up by English speakers in the early 20th century. In the USA, Duke has been promoted as the nickname of the actor John Wayne (1907-1979), who as a kid was given the nickname after his terrier dog, Duke.

In addition, Duke is a variant form of the English Dukker.

Duke is also a contracted form of the English and Irish Marmaduke.

Duke is rather popular as a baby boy name, and it is also regarded as rather trendy. The name has been rising in popularity since the 2010s. At the modest peak of its usage in 2018, 0.027% of baby boys were named Duke. It had a ranking of #531 then. Out of all boy names in its family, Duke was the most regularly used in 2018. 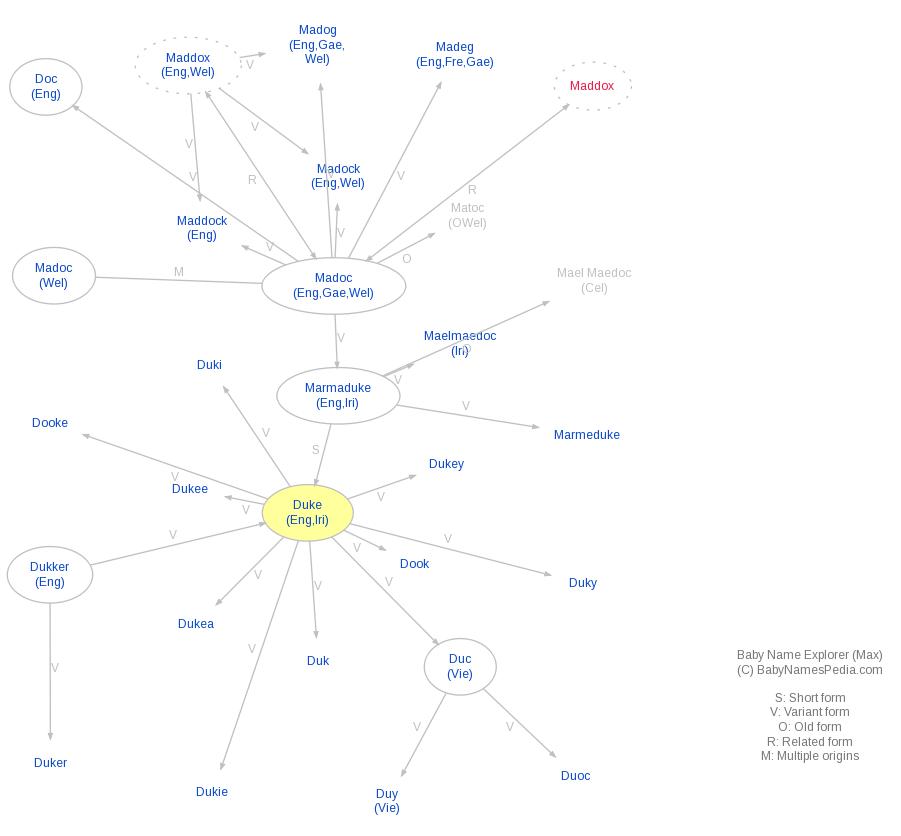