What does Durah mean?

[ 2 syll. du-rah, dur-ah ] The baby girl name Durah is pronounced as Duw-RAA- †. Durah's language of origin is African-Hausa. It is predominantly used in African, English, Hausa, and Swahili. The name Durah means 'well-fed or stuffed'.

Durah is an uncommon baby girl name. It is not listed within the top 1000. 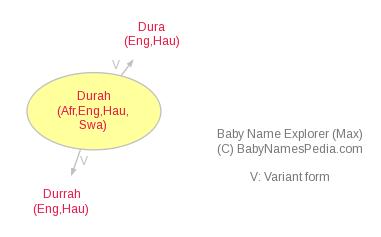