What does Dusty mean?

[ 2 syll. dus-ty, du-sty ] The baby girl name Dusty is also used, and more commonly so, as a boy name. It is pronounced DAHST-iy- †. Dusty's origin and use are both in the English language. Its meaning is literally from the vocabulary word dusty. The first name could have been derived from the common English word in reference to a person with dusty-colored features. It was made popular by the singer Dusty Springfield (1939-1999) in the 1970s. Dusty is the feminine equivalent of the English and German Dustin.

Dusty is rare as a baby girl name. At the modest peak of its usage in 1976, 0.018% of baby girls were named Dusty. It was #583 in rank then. The baby name has dropped out of favor since then, and is of only irregular use now. Out of all girl names in its family, Dusty was nevertheless the most commonly used in 2018. Though there were times from 1972 to 1979 when more girls than boys were given the name Dusty, the name is today more frequently used for boys. In 1981, 3 times more boys than girls were given the name Dusty. 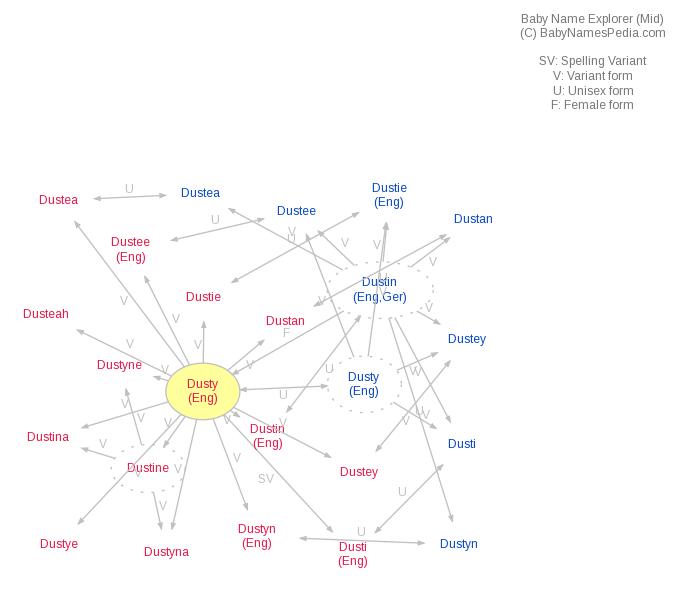