What does Earline mean?

[ 3 syll. ea-(r)li-ne, ear-l-ine ] The baby girl name Earline is pronounced as -erLIYIYN †. Earline is of Old English origin and it is used mainly in English. It is derived from earl ; eorl which means 'nobleman, warrior'. Earline is the feminine version of the English Earl.

Earline is unusual as a baby girl name. Its usage peaked modestly in 1932 with 0.041% of baby girls being named Earline. It was #296 in rank then. The baby name has markedly slipped in popularity since then, and is currently used only on a very light scale. Among all girl names in its family, Earline was nevertheless the most frequently used in 2018. 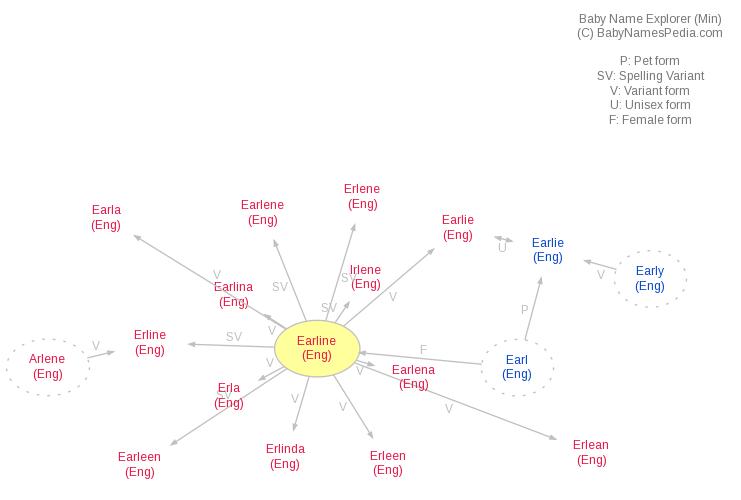