What does Early mean?

[ 2 syll. ea-(r)ly, ear-ly ] The baby boy name Early is pronounced as ERLiy †. Early is mainly used in English and it is of Old English origin. The name Early means eagle wood. It is derived from the words 'earn' meaning eagle ; 'leah' wood, clearing, meadow. It represents the transferred use of the geographic name as a given name.

In addition, Early is a diminutive of the English name Earl.

Early is uncommon as a baby boy name. At the modest height of its usage in 1907, 0.019% of baby boys were named Early. It had a ranking of #419 then. The baby name has markedly dropped in popularity since then, and is today used on an infrequent scale. Within all boy names in its family, Early was nevertheless the most popular in 2018. 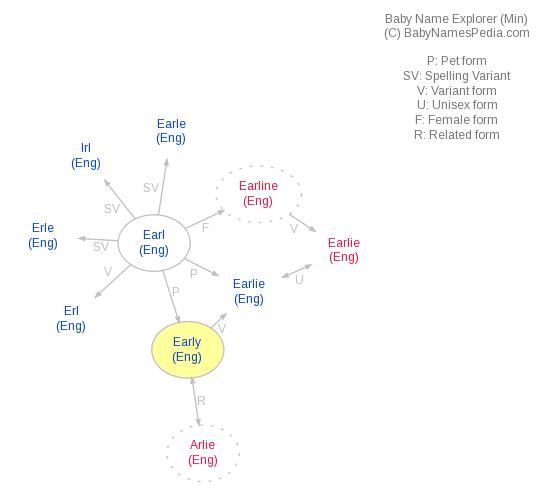